Does Modifying Your Body Disregard Its Intrinsic Worth? 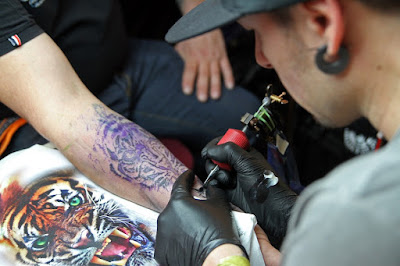 It's no surprise that culture is changing at an ever more rapidly pace. Norms that had been held consistently for centuries have in a couple of decades undergone radical redefinition. Marriage is one of these, but it is far from the only one.

One stark example may be the huge increase in the popularity of tattoos and other forms of body modification. According to a 2010 report by the Pew Research Center, nearly four-in-ten Millennials have at least one tattoo and half of those who have at least one have more than one. Additionally, "nearly one-in-four have a piercing in some place other than an earlobe — about six times the share of older adults who've done this."1 Tattoos and other forms of body modification are just as likely to be found on evangelical Christians in the pew as they are in the general public, which underscores their ubiquity in our culture.


What Do We Mean by Body Modification?

Within the Christian community especially, body modification has become a very controversial issue. In fact, whenever the topic comes up a contentious discussion usually ensues, especially online. It's that contention that bothers me the most, for I fear that Christians need to be careful and think about all the implications of their particular stance. That's why I want proceed with caution as we think through many of the facets that encircle the debate, some of which most people haven't yet considered .

First, as I argued in this article, the human body is not nothing. It has intrinsic value, which places it in a very limited category. Therefore, taking care to think about what modifying one's body means is appropriate for the Christian. There may be a different answer for those who don't share a Christian worldview. My thoughts in this and the articles to come are primarily targeted to those who hold the body as something that holds intrinsic worth. It seems to me that intrinsic worth is really where the main objections to body modification can be centered. I say this because when one looks to define just we mean when we talk about body modification, the categories are a lot larger than most people let on.

In the book Brave New World of Health, sociologist Isabel Karpin provides a very helpful overview of the various ways human beings have modified their body. She breaks these down into four primary areas: modifications that are therapeutic, cosmetic, enhancements to the body itself, or what she terms radical modifications.2 Usually, the first and at least some forms of the second set are non-controversial.

Therapeutic modifications are defined as "performed on abnormal structures of the body, caused by congenital defects, developmental abnormalities, trauma, infection, tumours or disease. [They are] generally performed to improve functions, but may also be done to approximate a normal appearance"3  Thus, breast reconstruction and tattooing would fall into this area. Many breast cancer survivors will receive tattoos to simulate lost areolas. If applying ink under the skin is by its nature a violation of the intrinsic worth of a body because it is artificial, then these types of modifications would be considered wrong. However, I don't see anyone arguing that way.

The last two categories are normally where there is more contention. Enhancements are those like people having magnets implanted under their skin to pick up metallic objects.4 Radical modifications are those that are the most non-conformist in our culture.  Radical modifications include nipple or genital piercings, skin braiding, scarring, branding, 3D implants, such as silicone horns, metal screws to attach whiskers, tongue slitting, Karpin defines this category somewhat subjectively as "as the alteration of someone's appearance in a way that does not accord with cultural ideas of the normal and the natural."

So, does modifying the body show a disregard for its worth and dignity? I don't believe it does specifically. Therapeutic modifications seem to recognize the value of a healthy, fully formed body and recipients are seeking to emulate that. I also don't believe that simply because a modification is done for cosmetic purposes, it invalidates the body's value. Sometimes, permanent eyeliner or laser hair removal is undertaken as simply a time saver rather than a statement. The appearance of those individuals still conforms to societal standards.