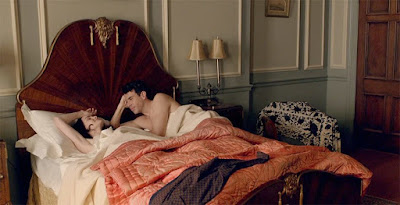 Downton Abbey, the BBC series showcasing the way of life of the English aristocracy and their servants proved to be a smash hit on both sides of the Atlantic. For each of its six seasons, audiences would anxiously tune in to watch the Crawley family's exploits as they struggled to adjust from Victorian era mores to that of the modern age.

Part of the attraction of the show was just how foreign the manners and customs of the English aristocracy strike modern viewers. Imagine dressing differently for each meal in tuxedos! The show's expert historian, Alistair Bruce, strove to make the fictional series as historically accurate as he could, although the show is clearly written to reflect 21st century values. For example, the house royalty wouldn't give the servants much of a second thought; they were considered less like employees and more like tools to an end.1 Thus, there's a bit of a wink the writers share with the audience on how quaint and antiquated the customs of the old days were.

It can become easy to assume that old ways of doing things are backwards or naïve. Certainly, this seems to be the case with moral prohibitions concerning sexuality today. Over and over again I hear the claim that because our society is less repressive and sexually freer than in the past, making it somehow better. Casual sex, known as hook-ups, is exploding across college campuses, especially those where the number of female students outweighs the males.2 Sex outside of marriage is considered so normal that virginity is an oddity. Pornography has become rampant, and women are consuming more porn than ever before.3


Adolescent consumption of Internet pornography was linked to attitudinal changes, including acceptance of male dominance and female submission as the primary sexual paradigm, with women viewed as "sexual playthings eager to fulfil male sexual desires." The authors found that "adolescents who are intentionally exposed to violent sexually explicit material were six times more likely to be sexually aggressive than those who were not exposed."5

The old-fashioned folks of early 20th century England would never hear of such open displays of lasciviousness. They recognized the difference between a man's higher nature and his base nature. The higher nature consists of rationality, self-control, moral uprightness. Man's base nature is one that could be found in animals, consisting of satisfying appetites and desires, reacting based on emotion, and so on. Constraining those base natures requires diligence and practice. It doesn't come automatically. But not constraining them leads to the dehumanization of people. Just look at what those 15-19 year old girls in Australia are experiencing.