Defending Your Faith in the Classroom 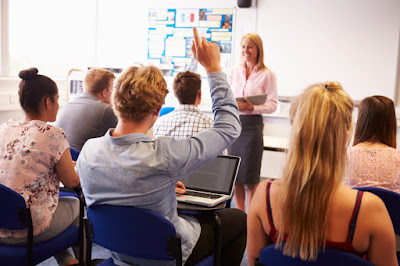 Last week, I told you about someone who asked for help when his Sociology professor broached the subject of religion, but basically dismissed it as a fabrication. The student wrote:


Some notable points he brought up, which are straight from the Sociology textbook, is that all religion is "socially constructed" and that faith is "belief without scientific evidence." ...

He stated that religion is constantly evolving and falsely asserted that Christianity was the first to develop monotheism. His final statement was made near the end of the lecture that "we all need to exercise some level of spirituality in order to survive" since religion provides comfort in the case of tragedy.

How does one, especially as a student, respond to such claims? It's apparent the professor has already chosen where he stands concerning religion. When another spoke up during the lecture, it was clear all he wants to do is debate. As Christians, should we speak up or not cast our pearls before swine?

For the answer to the main charges, you can read my last article here. As to the question of engagement, let me say that I've received more and more of these kinds of questions in recent years. Sometimes, they even come in the form of a plea, where the Christian really wants to defend his or her faith but doesn't know how. There's a real conflict here. On one hand, we want to share the truth of the Gospel message with others and not let mischaracterizations about our faith remain unanswered. On the other, the student recognizes the professor holds the position of power, not only in terms of stature and who gets to speak in class, but ultimately because the prof assigns the final grade for the course.

My first piece of advice to this student is to be thoughtful. Exchanges with those in authority need to be judicious and part of that is weighing what the reaction to an objection may be. Jesus told us, "Behold, I am sending you out as sheep in the midst of wolves, so be wise as serpents and innocent as doves" (Matt 10:16, ESV) and that applies here. The professor is the "man with the microphone," which means he controls the conversation. That also means you probably won't be able to have a sustained argument in class, which is appropriate since that's really not what the class is for anyway.

We have a couple of good examples of how Christians faced such conditions in the New Testament. Peter and John faced the Jewish rulers. Paul was also brought before the Jewish High Council and later before Felix. In each of these cases, the Christians never tried to steamroll the questioning authority. Instead, they first waited until it was the appropriate time for them to speak. Notice that Peter and John don't respond until questioned by the elders (Acts 4:6). Paul waits five days until he is summoned and even then only speaks when the Roman governor Felix "nodded to him to speak" (Acts 24:1,10). So, it is important to have a good "feel" for both the prof and the teaching style of the class before trying to engage at all.

Next, in each instance they pointed to their own good conduct (Acts 4:8, 23:1, 24:12) and asked questions about exactly what the main issue was. This is so important that I want to emphasize it again. Questions are the primary way to open a conversation in a respectful and open manner. They can be hugely effective when engaging someone who is antagonistic to your point of view, as demonstrated here.

In the classroom especially, questions are expected. They allow you to not make assertions but ask for clarification which can serve to show a contradiction in the teacher's positions. For example, compare the two opening charges listed above. The prof claimed 1) religion is "socially constructed" and 2) faith is "belief without scientific evidence." The prof clearly mis-defined faith, as has been argued multiple times in the past. Leaving that aside, I would ask for clarification of his point. When the prof talks about religion, does he mean the various expressions people may produce in trying to reach out to the divine? I don't think it's controversial to recognize that the worship music of 21st century America will be colored by our current culture and be very different from the practices of a second century church in Antioch.

The question isn't how culture affects our stretch toward the divine, the question rally is whether God really exists and what is the most appropriate way to know how he has revealed himself. Feuerbach and Freud would say God isn't real, and I think this is also the professor's claim. If that is so, the next question should be "If scientific evidence is the standard for believing a claim, then what scientific evidence can be offered for holding that God does not exist, but is simply a socially constructed belief?"

The prof has alluded to the standard of science to determine truth value it seems to me. But there are a lot of things I believe that science has no bearing on. I believe I'm not in the Matrix, for example. I believe my memories for the most part accurately represent what happened to me previously. I believe that when I see the color green I have the same experience as you do.


A Little is a Lot

Lastly, know when to be done. One or two key questions are usually enough to break the façade of assurance originally presented by the prof but not so much that the exchange begins to feel like a confrontation. Paul would wait for Felix to call him and they would then have conversations. But Paul didn't try to "eat the entire elephant" at once. Be patient and trust that God will provide the proper opportunities and the proper words for such times. Those are the marks of wisdom and gentleness, as Jesus commanded.
Posted by Lenny Esposito at 7:50 AM
Labels: apologetics, culture, education, secularism, witnessing