Where's the Dignity in Euthanasia? 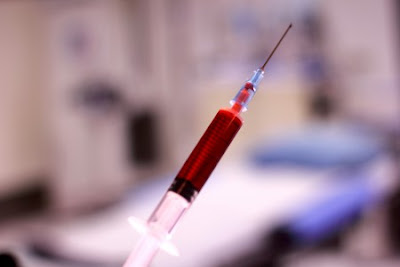 A couple of days ago I posted about the California legislature seeking to legalize physician-assisted suicide in the state. While many of the pro-euthanasia crowd relies on the catch phrase "death with dignity," actively ending a person's life doesn't dignify either one's respect for life or the personhood of the patient.

Kenneth Samples explains that there are two categories of euthanasia and the distinction between them is key:


In active euthanasia, an agent intentionally and actively takes the life of a terminally ill patient. This might be done either by the patient himself or herself (suicide) or with the assistance of someone else (possibly a physician, family member, or friend). Active euthanasia produces or causes death. This means that the patient's death results not from the terminal illness itself but from the specific act of euthanasia (such as a lethal dose of medication or gunshot).

In passive euthanasia, an agent allows a terminally ill patient to die naturally without intervening, usually by withholding or withdrawing life-sustaining (artificial or extraordinary) treatment. Passive euthanasia permits death to take its natural course but does not actually cause death itself.1

Samples then notes that since active euthanasia is the intentional taking of a life, it is something that falls into the exclusive domain of God and is rejected by Christianity as immoral:


What is the traditional Christian view of euthanasia? Most theologians and ethicists affirm the active-passive distinction from both a logical and a moral standpoint. Active euthanasia, however, is viewed as morally offensive and unacceptable (virtual homicide). It is condemned because it violates the scriptural principle that prohibits the intentional taking of innocent human life (Exod. 20:13; Deut. 5:17). Many Christian ethicists believe that given the state of human sinfulness (original sin, total depravity; see Pss. 51 :5; 58:3; Prov 20:9), active euthanasia weakens respect for human life and sets a dangerous precedent for humanity.2

I agree with this assessment We are woefully flawed beings and are far too capable of misusing such power, even if the original intentions are to alleviate suffering. The problem with the active form of euthanasia /physician-assisted suicide patients can be manipulated into either thinking that they are a burden to their families or that they would be "better off" dead.

In a 2011 article in the medical journal Current Oncology, Dr. Jose Pereira notes that while both the Netherlands and Belgium has euthanasia laws that require the request to be "voluntary, well-considered, informed, and persistent over time. The requesting person must provide explicit written consent and must be competent at the time the request is made."3 Yet, Pereira reports these haven't been effective in guarding against abuse:


Despite those safeguards, more than 500 people in the Netherlands are euthanized involuntarily every year. In 2005, a total of 2410 deaths by euthanasia or psa [Physician Assisted Suicide] were reported, representing 1.7% of all deaths in the Netherlands. More than 560 people (0.4% of all deaths) were administered lethal substances without having given explicit consent 7. For every 5 people euthanized, 1 is euthanized without having given explicit consent. Attempts at bringing those cases to trial have failed, providing evidence that the judicial system has become more tolerant over time of such transgressions.4

Pereira goes on to report that in Belgium, the situation is worse, with voluntary and involuntary euthanasia rates three times higher than the Netherlands!

What about passive euthanasia, though? Is it too always wrong? Not necessarily, but caution must still be maintained. Again,  Samples explains:


Passive euthanasia, on the other hand, has been generally accepted by traditional Christian theologians and ethicists, but with some careful qualifications. Passive euthanasia can be considered if a patient has not been denied natural life-sustaining means such as air, water, and food (though artificial measures may not be necessary), and also if the physical condition of the patient has been diagnosed as irreversible, death is imminent, and further treatment would lead only to a burdensome prolongation of death.5

In the famous case of Terry Schiavo, her husband had fought a legal battle to remove her feeding tube and withhold hydration, a move her parents fought vigorously. Schiavo was significantly brain damaged after she collapsed at her home, but she was in no way terminal. In such an instance, I believe removing her feeding tube is immoral. It certainly doesn't give Terri any more dignity to be dead and food and water are basic essentials one must not withhold from any person who may find him or herself incapable of providing independently. We do so for those who may be paralyzed, infants and young children, those with severe mental disabilities, and many others.

Samples ends his comment by quoting from John Jefferson Davis, who sums it up well:


Human life is sacred because God made man in his own image and likeness.... This canopy of sacredness extends throughout man's life, and is not simply limited to those times and circumstances when man happens to be strong, independent, healthy, and fully conscious of his relationships to others.6

The reason we don't simply end the life of the mentally or physically disabled is because these people bear the image of God, the imago Dei, and physical limitations do not diminish it. The imago Dei is what makes all people equal, even those who are severely handicapped or have Parkinson's disease. Schiavo's brain injury was severe, but she was still a human being, and therefore held a dignity intrinsic to all humanity. How can a physician or even the patient himself claim that this intrinsic dignity is now missing and they need to die in order to regain it? It makes no sense.