Bluffing is for Poker, Not Apologetics 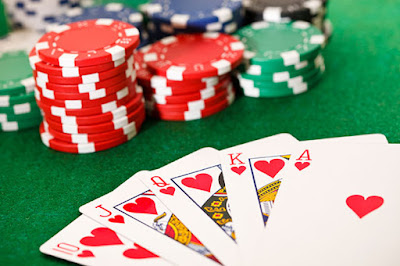 A few days ago I wrote a blog post arguing one mustn't be a biologist to comment on the evolution debate. The post was well received, but also gathered a few comments, such as a gentleman who responded, "I agree that people shouldn't be prohibited from opining on [evolution] just because they aren't biologists but they should familiarize themselves with the subject matter. Both sides often do not do so which leads to so many angry, pointless arguments." I saw more than one response that commented similarly.

It's interesting that this particular issue generated the responses it did, all basically stating while one needn't be a biologist, they should have taken some time to understand the arguments of evolution before criticizing it. One person even noted that uninformed Christians can make silly arguments, such as "If we evolved from apes, why are there still apes?" I've heard such cringe-inducing objections, and they are more damaging than helpful.

Though the article made the argument that non-experts have a chair at the table, I never meant it to mean that one doesn't have to study the subject matter. One should know something about evolutionary theory and the state of the debate before commenting. In fact, I would say the caution offered by my commenters don't go far enough.

It isn't simply evolution where Christians need to dig in and make sure they have a proper understanding of the issues at hand. It's any issue where one wishes to engage in a thoughtful defense of the Christian worldview. If you are going to discuss the origin of the universe, the existence of the soul, the historical nature of the resurrection, or any other topic where you are seeking to change minds, you should not try and convince others by faking an answer that you do not know. Bluffing may be a good strategy for poker, but not for apologetics. Apologetics is all about clearing away objections and showing others the truth of Christianity. Pretending you know something about a topic you really don't is contradictory to searching out the truth. So, it means Christians must study these topics to some degree to talk about them intelligently.


Degrees of Knowledge is OK

Realize I'm not saying that one must put in years of study before one can have an opinion on an issue or voice that opinion in public.  That isn't what I'm saying at all. Knowledge is not a binary thing where one is either an expert or an ignoramus. There are degrees of knowledge and understanding.  For example, I'm not a biologist, so I didn't argue with that biologist objector using his area of study. I argued in my original post and also answered him using a philosophical argument, an area in which I have much more experience. That allows me to make statements more confidently and know that I won't fall into a "gotcha" moment because I do know what I'm talking about. It also demonstrates that topics like evolution are not "siloed" into a biology-only or paleontology-only discussion. There are other ways to approach the question.


The Critique Cuts Both Ways

While this article is directed towards Christians, there is one more thing you should realize; this critique cuts both ways. In fact I've found all too frequently that those with whom I've engaged have a very shallow or distorted idea of theology and philosophy. They dismiss a position that looks nothing like what I actually believe. They criticize me for not being an expert, yet they haven't taken the time themselves to familiarize themselves with even the essential Christian beliefs that have been consistently held for centuries.  The New Atheists are famous for their knocking down theological straw men. Such actions have caused thoughtful atheists like Michael Ruse to write articles entitled "Why I Think the New Atheists are a Bloody Disaster."

In all, don't be afraid to speak your mind on a subject. However, if a person brings up a specific fact or point with which you're unfamiliar, don't be afraid to ask for more of an explanation. Find out how just what their objection is. Ask them for some materials where you can read more about that topic. If they are not bluffing themselves, they should be able to help you understand their claim and point you in a direction where you can study it in more detail to see whether it's a valid objection and if there's an answer to the charge. When you study in this way, you will grow in both your knowledge and your faith. But you will know the material; you will have the truth to pull from and the confidence it brings with it.
Posted by Lenny Esposito at 12:26 PM
Labels: apologetics, argumentation, education, philosophy