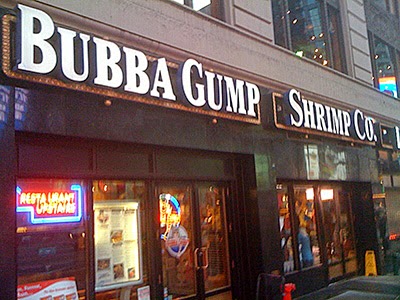 The Jesus-Mythers are growing. For the uninitiated, the Jesus-Mythers are a small but growing group of atheists who don't merely doubt the resurrection of Jesus of Nazareth, but hold that he never really existed at all. They believe he was a complete fabrication by the various Gospel writers, who used a standard formula of a dying and rising messiah to attract others to their newly-forged faith. In his book Jesus: Neither God nor Man—The Case for a Mythical Jesus, Earl Doherty opens with this claim:


Once upon a time, someone wrote a story about a man who was God.

We do not know who that someone was, or where he wrote his story. We are not even sure when he wrote it, but we do know that several decades had passed since the supposed events he told of. Later generations gave this storyteller the name of "Mark," but if that was his real name, it was only by coincidence.

Other writers followed after, and they enlarged on the first one's tale. They borrowed much of what he had written, reworked it in their own particular ways and put in some additional material. By the time another half century had passed, almost everyone who followed the religion of these storytellers accepted their work as an account of actual historical events and a real historical man. And so did the people who came afterwards, for close to two thousand years.1

Here, Doherty makes clear the basic outline of how he believes the Jesus story began. But there are problems with this view, not the least of which is the Apostle Paul. Paul tells us he was a Pharisee and full of zeal for the Jewish faith (Phil. 3:5-6), so much so he actively persecuted Christians (Phil 3:6,1 Corinthians 15:9). But Paul writes that he was changed. In 1 Corinthians 15:3-7, he tells the story of Jesus dying for our sins, being buried and rising again. Paul writes that Not only did Jesus appear to the apostles such as Peter and the church leader James, but Jesus also appeared directly to him.

Here's the problem for Doherty: Paul wrote 1 Corinthians before the Gospel of Mark was written. 1 Corinthians is recognized to have been written between AD 53 and AD 55—only twenty or so years after Jesus' death on the cross—while Mark may be dated anywhere from the late 50s to the early 60s. Also, Paul says the story preceded him ("I delivered to you as of first importance what I also received" v. 3), so the account of Jesus as a resurrected Messiah must be much older than Mark.

I've written before about how the time element makes it unlikely that the resurrection story could have grown as myth. But let's say the Mythers just got their timetable wrong and someone intentionally created the Jesus myth just around 30 AD, the time He was supposed to be crucified. Then let's say that they added historical details, such as Pilate's prefectorate or Caiaphas's priesthood to add legitimacy to the story. Couldn't that have happened?

Well, no. For a modern day equivalent, we can look at the movie Forrest Gump. Forrest Gump was made in 1994, some twenty years ago and the same time span that exists between the resurrection and 1 Corinthians. In Forrest Gump, the filmmaker tells the story of modern American culture by placing the fictitious character played by Tom Hanks in real world scenarios and events. He gets details right, like the jogging trend, the way the president would greet college champions, and so forth.

Now, imagine a high-ranking militant who fought to establish the Taliban's rule and is passionate about establishing Islamic Sharia law the world over. He sacrificed himself for the mujahedeen, and is convinced that every belief other than Islam is blasphemy. The Taliban member sees the movie Forrest Gump, sees that Bubba Gump Shrimp Company restaurants exist and knows enough of the history of the US to know that the film reflects history in some way. Maybe he even believes that Forrest Gump did exist somewhere. Would any of that make him renounce his affinity to Islam and the Taliban and become an active crusader for Forrest Gump and the American way? Does anyone think such a carefully crafted tale would reverse everything the Taliban official holds to be true?

Such a conclusion lacks credibility. Why would Paul convert unless he had a deep, life-changing experience that shook him to his core? That's what he claimed happened; Paul tells us that the resurrected Jesus of Nazareth appeared to him directly. The book of Acts fills in some details, but Paul was compelled to change his beliefs not because of a tale told to him, but because he had a real experience with the risen Jesus.

In order to believe that Jesus is a myth, one must indulge in a tale more fantastic than Hollywood. Because of Paul's conversion and his early recording of Jesus' death and resurrection, the Jesus-Mythers are on extremely flimsy ground. Paul and his authorship of 1 Corinthians are undisputed by scholars. Even skeptic John Dominic Crossan says that "we have seven letters certainly from the historical Paul" and lists 1 Corinthians and Philippians among them.2 This is why New Testament scholar and critic of Christianity Bart Ehrman said "These views are so extreme and so unconvincing to 99.99 percent of the real experts that anyone holding them is as likely to get a teaching job in an established department of religion as a six-day creationist is likely to land on in a bona fide department of biology."3For a skeptic of Christianity, that's pretty conclusive.