Atheist Insults Believers and Is Stunned at the Result

If you've ever been involved with countercult work, you will know how easily the charge of persecution is levied by those who hear arguments against their beliefs. I've had both Mormons and Jehovah's Witnesses, when presented with evidence that the teachings of their organizations are demonstrably false, claim that they are being persecuted for their beliefs. But telling someone they're wrong or being lied to is neither wrong nor persecution. It's correction. 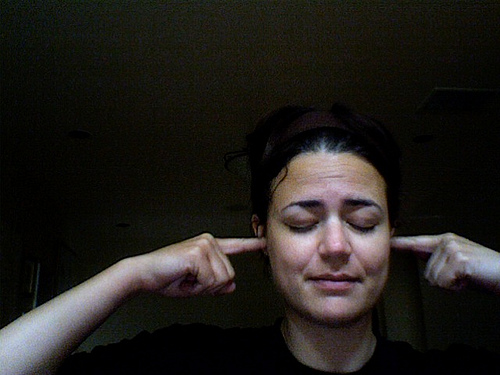 The reason the persecution charge is thrown so easily is because it holds some hidden premises. People who feel persecuted because of the rejection of an idea believe they're right. They think that their beliefs are obvious, and there are no rational positions contrary to their own. Therefore, any kind of dissent must be some kind of ignorance or bigotry. They believe "Those people who dismiss my view have been infected with wrong thinking."

But it isn't just those who knock on doors who feel this way, but certain atheists as well. Just this week, evolutionary psychologist Sue Blackmore posted an article on Richard Dawkins' site complaining that 100 students walked out of a talk she was giving at Oxford Royale Academy on memes. Blackmore explains:


Then I arrived at religion. I pointed out that religions demand lots of resources (I showed them pictures of a church, a Hindu temple, a Jewish menorah and Muslim pilgrims on Hajj); they pose threats to health (I showed people ‘purifying their souls' by wading in the stinking germ-laden Ganges) and make people do strange things (I showed rows of Muslims bent over with their heads on the floor). I hadn't gone far with this before five or six young men got up and began to walk out. They had a good distance to go across the large hall, so I said ‘Excuse me, would you mind telling me why you are leaving?' There was a long silence until one said, ‘You are offending us. We will not listen,' and they left. Soon after that another bunch left, and then another.

…By the time I arrived at a slide calling religions (Richard's fault!) ‘Viruses of the mind', the lecture hall was looking rather empty. 1

Blackmore said that she "was still shaken by yesterday's lecture and its aftermath." She even reports on calling out to some of the departing students as they were walking out, "Can't you even listen to ideas you disagree with? In Oxford, of all places, you should be open-minded enough to hear alternative views." 2 She ends the article by claiming the high ground:

Walking miserably up the High Street I felt profoundly depressed at the state of the world. I could cheer myself with the thought that I'd learned something. I learned that Islam has yet another nasty meme-trick to offer — when you are offended put your hands over your ears and run away. This would be funny if it weren't so serious. These bright, but ignorant, young people must be among the more enlightened of their contemporaries since their parents have been able and willing to send them on this course to learn something new. If even they cannot face dissent, or think for themselves, what hope is there for the rest? And what can I do?3

Modeling What You Claim to Despise

Blackmore wants to claim bewilderment on why her talk went so badly. While I'm sure there are some who may left because they didn't want to hear any criticisms at all, given Blackmore's own descriptions of her talk I probably would have walked out, too. She was condescending while at the same time being ignorant of the facts. She caricatured religious belief and belittled it, having volunteers mock the Christian Bible, and lumping all beliefs together as if they were equal to one another. She created a flimsy straw man and began knocking it down, taking joy in the discomfort of her listeners as she did.

Such actions would have told me that this woman is not worth listening to and I would have gotten up and left. My actions would have been a result of my thinking for myself and not passively letting a person make bad arguments and get away with ridicule on my dime. The Oxford Royal Academy is an optional summer school program where parents pay for their high-school age students to attend and explore topics more deeply to "gain an academic edge" over their peers.4 Given that, leaving is appropriate.

But Blackmore simply can't understand why some 17 and 18 year olds would choose to walk out of her offensive lecture instead of engaging the instructor in an impromptu debate. Even if their facts were strong, the man with the microphone will usually win that debate. Afterwards, Blackmore talked with some of the Muslim students outside. "I was angrily told that I'd made them feel ignorant." Instead of trying to hear them and understand that they were talking about their feelings as human persons who have inherent worth, Blackmore sought to justify herself. "What should I have done? They are ignorant aren't they?" (emphasis hers.)

Blackmore here shows that she cannot think past her atheistic, memetic worldview. She's a bright, after all, smarter than some kids. In damning those who walked out of her talk, she has become what she claims to despise—one who will not consider a contrary opinion or the fact that she may be wrong on whether she's worth listening to.  The reaction by so many "bright, but ignorant, young people" should have told her she was wrong somewhere, even after she "prepared carefully" by delivering the talk to one relative and adding Internet trends to her slides. But I get the feeling that Blackmore believes she couldn't be wrong. She can't think of anything to do differently, categorizing any apology as cowardice.

Even the chairman of the unit, who invited Blackmore was not pleased, yet she chalks this up to nothing more than the fact that he was a Christian. ‘After all, he must have known when I was invited that I was a vociferous atheist, and since I was invited to talk about memes he must have expected me to mention religions." Yes, I'm sure he did. But perhaps he anticipated something more academic and less acerbic. But I guess Blackmore cannot offer any kind of religious believers (you know, those who make up the vast majority of people on the planet)5 an ounce of respect for their views. She mocks them and then uses their umbrage to make herself feel more enlightened. It is Blackmore who wants to put her hands over her ears and not listen to dissent, dissent in the form of people walking out on her.