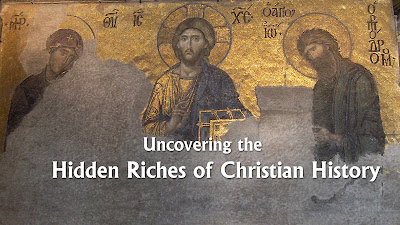 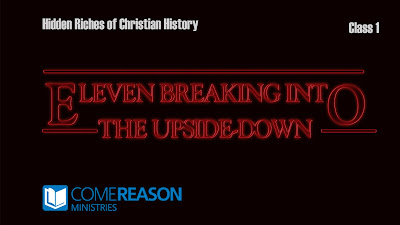 You Can No Longer Separate Apologetics and Evangelism 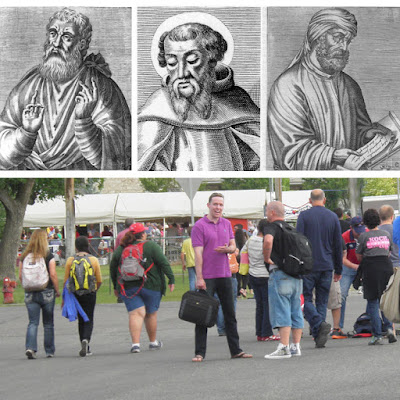 Yesterday I was interviewed by Mike Spaulding for an upcoming episode of Soaring Eagle radio. During our talk, he asked me about the growing need to incorporate apologetics into our evangelism efforts. Of course, Christians are commanded to study and be prepared to defend the Christian faith. There are many verses in the Bible commanding us to defend our faith. Therefore, we should be ready to do so.

The idea of apologetics as a necessary part of one's faithful walk is new to most Christians. They understand the need to worship God, to live a set apart life, and even the command to evangelize given by Jesus in the Great Commission. However, learning apologetics isn't something preached from most pulpits today. Yet, in the first few centuries, apologetics and evangelism were inter-reliant. In fact, when you look at the writings of the early church fathers, you see how big a role apologetics played in their interaction with the outside world. Here are just a few examples:

Justin Martyr lived in the second century AD, just after the apostles. Seeking to be a philosopher by training, he began to look for a satisfying understanding of the world. After seeing Christians bravely stand up to martyrdom, Justin converted and "he acted as an evangelist, taking every opportunity to proclaim the Gospel as the only safe and certain philosophy."1] In his Dialogue with Trypho he explains how Christianity makes sense as a worldview, drawing upon Platonic ideas popular in his day. His First Apology and Second Apology he takes on many false charges circulating about Christians at the time, such as they were offering child sacrifices or cannibals. Part of Justin's goal was to allow Christians to live peacefully instead of being persecuted around the Empire. However, he also knew that evangelism was made more difficult by those lies.

Irenaeus lived in the second century and turned his attention towards the Gnostics, a group that claimed to have secret knowledge about Jesus and the world. In his Against Heresies, Irenaeus argues for God's unity and the reality of his creation, which the Gnostics denied. He reaches out to his reader, telling them "If then, you shall deliver up to Him what is yours, that is, faith towards Him and subjection, you shall receive His handiwork, and shall be a perfect work of God. If, however, you will not believe in Him, and will flee from His hands, the cause of imperfection shall be in you who did not obey, but not in Him who called [you]."2]

Tertullian wrote his Apology to address the injustices and death sentences Christians were facing in Carthage and other areas of the Roman Empire. This famous defense of Christians ends with a bang, as he tells the unjust magistrates that Christians are suffering martyrdom because they are morally upright and that continuing to kill them will only make evangelism efforts grow:


In condemning a Christian woman to the leno rather than to the leo You made confession that a taint on our purity is considered among us something more terrible than any punishment and any death. Nor does your cruelty, however exquisite, avail you; it is rather a temptation to us. The oftener we are mown down by you, the more in number we grow; the blood of Christians is seed .3]

Just as the Christians in the second century faces a culture hostile to the teachings of Christ, so Christians today find themselves in a post-Christian (and post-pagan) culture. Apologetics is therefore necessary to fulfill our faithfulness to The Great Commission. We see it in the examples of the Church Fathers. We would do well to follow them.