How Can We be Sure Where Jesus Was Born? 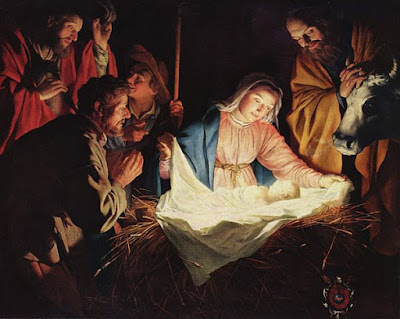 Most childhood plays of the Christmas story show a young Mary and Joseph wandering from house to house in Bethlehem, knocking on doors only to be met with a head shaking "no" no the other side. While there is conjecture as to whether they were turned away from an inn or simply couldn't fit in the main living quarters, the story is clearly that Mary gave birth in the town of Bethlehem.

But how certain are we that Bethlehem would truly be the location? Is it more likely Jesus was born in Nazareth and Bethlehem became a later invention? Like all historical facts, nothing is impossible but why would someone believe that Bethlehem wasn't the birthplace of Christ? The Gospel accounts of Matthew and Luke are both sources close to the time they record (within one generation), and they had direct access to Jesus's brothers and Jesus's mother. They could ask them directly, which Luke states he did (Luke 1:2).

Further, there are no competing accounts of Jesus's birthplace in any historical record. In fact, as Paul L. Maier notes, even Christian artwork depicting the Nativity shows a wide array of different scenarios that reflect the culture of the artist's day, but everyone seems to agree on some kind of stable or grotto or cave where the animals were kept, just as Luke reports.


The Church of the Nativity Adds Evidence

Interestingly, Maier also believes the Church of the Nativity that thousands of pilgrims visit every year offers good evidence for Bethlehem as the location of Jesus's birth. While the ostentatiousness of its current ornamentation may be off-putting to Western Protestants today, Maier explains that one must look past the modern adornments to the historical tradition of the location itself:


Did it all really happen here—at this spot? Though final proof is necessarily lacking, the surprising answer lurks closer to probably than possibly.

Where there is no direct archaeological evidence—and there could be none in the case of the birth of Jesus—nothing is more important in establishing the authenticity of an ancient site than antiquity: the place must have been regarded as such from earliest times. If the Church of the Nativity had been built here in 600 A.D., for example, its claims to mark the authentic site of the birth of Jesus would be almost worthless. But

Constantine the Great, the first Christian emperor of Rome, erected the original Church of the Nativity at this place in 326 A.D., over the very grotto that had been identified as the true site by the early church father Origen and, before him, Justin Martyr, writing in 150 A.D. Justin stated that Jesus was born in a cave that was used as a stable-not the typical stone or wooden stable so familiar in Christmas art. Earlier still, in the 130's the pagan Roman emperor Hadrian tried to desecrate the Jewish and Christian holy places in Palestine, but, ironically, thereby preserved identity!

After he had put down an insurrection by the Jewish nationalist and would-be Messiah, Bar-Kokhba, in 135 A.D., Hadrian expelled the Jews Jerusalem and paganized all known holy places of Jews and Christians, erecting a temple to Venus at the site of the Holy Sepulcher in Jerusalem and a grove dedicated to Adonis over the Grotto of the Nativity in Bethlehem.

After visiting the latter in the early 200s, Origen later wrote: "In Bethlehem the grotto was shown where Jesus was born .... What was shown to me is familiar to everyone in the area. The heathen themselves tell anyone willing to listen that in the said grotto a certain Jesus was born whom the Christians revere" (Contra Celsum, i, 51).1

What Other Accounts Count?

For the Bethlehem location to have been venerated in such a noticeable way that Hadrian would intentionally destroy them in 135 means it had been recognized as such for years or even decades prior. That puts the Bethlehem grotto, like the location of Jesus's crucifixion at what is now known as the Church of the Holy Sepulchre, on very good historical grounds. While the tomb is much more likely to be specifically known by the disciples than his birthplace, there is still both archaeological and written support for these locations.

Give the tradition of Jesus's birthplace goes back to the early second century in respect to the grotto, and back to the first century in the Gospel accounts, holding that Jesus was born in Bethlehem as opposed to elsewhere is the most reasonable belief. Dr. Maier concludes similarly, noting "Some critics doubt that Jesus was born in Bethlehem and argue instead for Nazareth or elsewhere. Such opinions, however, are based only on scholarly conjecture, and no source has been discovered to date that disproves Jesus' birth in Bethlehem."2

Maier's point is interesting and one that happens often with those who wish to dismiss the accounts as given in the ancient sources. They offer a competing conjecture, but without a shred of evidence. Just as those who try to deny Jesus was buried in a tomb have no historical evidence for their claim, neither do those who doubt Jesus's birth at Bethlehem. It's all a lot of hand-waiving by people who wish to deny the fact that Jesus fulfilled the prophecy of Michah 5:2. But history argues against them. 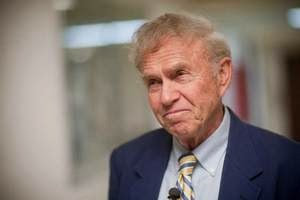