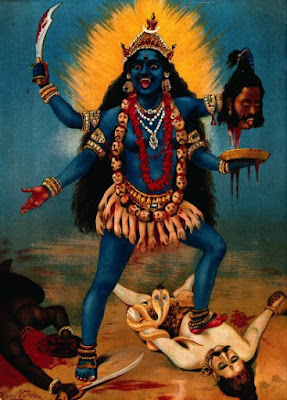 Would Rape Be Moral If God Commanded It?

Last week, I recounted a time speaking with an atheist woman on the campus at UC Berkeley who said that rape would be OK if the person doing so truly believed he was right. It showed the folly of those who held to moral relativism. The post spurred a comment by Mark, who asked, "If the man had been commanded by God to perform the rape, would it then be a moral act?"


While Mark's question seems to offer a twist on the concept of grounding morality in God, the objection itself is not a new one. In fact, we know it's been around for at least 2,300 years because the Greek philosopher Plato set it forth in one of his dialogues, where the protagonist Socrates asks Euthyphro basically "Is God good because he follows some intrinsic goodness independent of Him, or is good whatever God declares to be good?"

Euthyphro's dilemma is famous because both options have disastrous consequences. If there's some independent concept of goodness, then even God is obligated to be good. But what or how does one then discover that concept? What grounds it? And how can God be God if He must obey laws like the rest of us? Doesn't this make God a little less omnipotent? But if we take the other option, that good is simply whatever God says is good, it makes good and bad pretty arbitrary. God could conceivably do what Mark asks (command that rape is now a good thing) and sins become virtues while virtues turn to sins. What kind of morality is that?


Splitting the Horns of Euthyphro's Dilemma

Christians have not been unaware of Euthyphro's dilemma. God's relationship with morality has been written about extensively by the likes of Augustine, Anselm, Aquinas, and others. However, the solution to this dilemma is not as hard as one may think. The answer lies in the fact that there are more than the two choices that Plato laid out in his original dialogue. Christian theology teaches that God has certain intrinsic properties within Himself, such as love. Love cannot exist without a person to express it and when the Bible says "God is love" it communicates that it is a fundamental part of God's nature to love. Similarly, goodness is something that flows from the nature of God Himself. When we talk about doing what is right or wrong, we are comparing our actions to those that God would naturally approve or disapprove of us performing.

For an example of actions flow from nature, we can look to ourselves. Human beings are naturally linguistic creatures; we think in terms of language. If I asked you to plan your evening in your mind right now, you would invariably use words as you thought about your options. We don't think in only pictures but we use words and sentences, even if we aren't communicating our thoughts to someone else. Language is part of human nature and it simply flows from us. To try and violate this nature is pretty much impossible, because there is no other way to think about abstract ideas like morality.

As language flows from human nature, so goodness flows from God's nature, and it would be impossible for Him to violate His nature. Because of this, we see the question Mark asked becomes nonsensical. To ask if rape would be a moral act if God commanded it makes as much sense as to ask whether God could make a rock so big that He couldn't lift it. God simply would never command rape to be moral. We can therefore split the horns of Euthyphro's dilemma and provide a third option.

By grounding moral attributes in God's nature, we achieve two things: 1) moral attributes are objective, they don't change because God' nature doesn't change and 2) God isn't somehow obligated to follow an independent law, but He follows the law within Himself. Thus, objective moral values make sense and we can know that the good is just that.