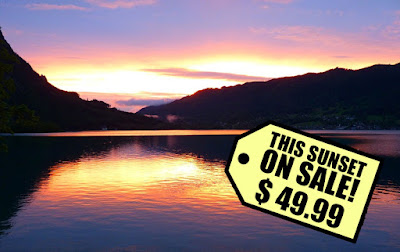 I recently had a discussion with an atheist on where we debated the reality of the soul. During a Twitter exchange, I had mentioned the soul as a real entity. Here’s the first part of that exchange:


@comereason: Never discount the witness of the soul.

@chipsalonna: True. One should discount the soul itself until such time as its existence is proven.

@comereason: Just what do you mean when you say "proof"?

@comereason: So you want to only use materialistic tests to prove the existence of an immaterial object. And you think that's rational?

@chipsalonna: If you have verified procedures/tests for proving immaterial things exist, I'm all ears. If you don't, why should I believe the soul exists?

As you can see, my interlocutor didn’t see the inherent problem with his criteria for proof of the soul. If the soul is an immaterial entity, asking for material proof helps you in no way at all. He wants "verified procedures/tests" as proof. But what does that mean? The phrase implies that he’s still looking for some kind of scientific way to prove the soul’s existence. But science is a discipline that only informs us about the material universe. It can never test for things like good and evil, whether someone is in love, what the experience of the color blue is, or whether immaterial entities exist.

One way to think about this is to remember the premise of the film The Matrix. There, people were unknowingly trapped inside what would be considered an incredible virtual reality world. They believed they were free, experiencing the sun on their faces or walking down the street when in reality electrodes were feeding their brains with stimulus from a computer program to make them believe their experiences were real.

If we were to see the scientists trapped in the Matrix, we’d see them doing experiments and obtaining results. They would be drawing conclusions from these verified procedures and tests. But the tests themselves weren’t real because the world the scientists believe they inhabit isn’t real. The test results are part of that virtual reality program, and as anyone who has played video games can attest, the laws written in the program can violate those of the real world but still make sense within the program itself.

This does not mean there are not convincing forms of evidence for the existence of the soul. The fact that we have thoughts prove that immaterial things like minds exist and we can know that our minds are not our brains. We can show the soul’s existence through both logical argument and direct experience. Asking for scientific proof for the soul or for other immaterial things like God’s existence is a clear category error, akin to asking for the monetary value of a sunset. The sublime experience of a sunset is not something one can measure in financial terms. Economics is simply not the right discipline regarding the nature of beauty. If your criteria for believing in the immaterial is to be shown material proof, then your criteria is irrational.
Posted by Lenny Esposito at 12:20 PM
Labels: apologetics, atheism, existence of God, logic, materialism, soul