Why Doesn't God Prove He Exists? Because It Wouldn't Help Disbelief 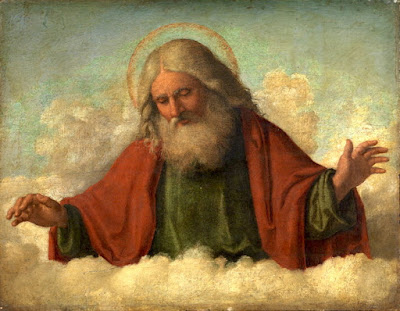 One of the more popular questions that atheists ask is "Why does God make it so difficult to believe in Him? If he would just give us some proof he exists, I'd believe." I've heard such statements many times, but I don't think their claim is true. I think the atheists are misstating their case in what devotion to a real God means. They fail to understand the stubbornness of the human heart and the animosity the natural man holds against God.

One way to better understand how people in the real world react to a righteous and holy God, we can simply look to the past. For argument's sake, let's assume the stories of the Israel's deliverance from Egypt are true. There, God does a series of miracles to free the Israelites from their slavery and set them in a promised land. These are not run of the mill miracles, either, but show-stopping affairs. God dried up the Red Sea and then drowned the Egyptian army in that same sea. He provided both meat in a desert and manna with the dew each morning. He cleansed the bitter waters and also produced water from the rock at Meribah. He led them in a cloud by day and a pillar of fire by night. God gave as much evidence as one could possibly want to the Israelites.


Ignoring Evidence is a Very Human Thing to Do

One would think such grandstanding would make believing in Yahweh a slam-dunk, right? Unfortunately, no. Even though the Israelites were direct witnesses to some of the most obvious proofs of God's existence, it did not stifle their desire to abandon God and do what they pleased. The psalmist summarizes the reaction of the people in Psalm 106. Time after time, they disobey God, they don't trust God, or they turn to foreign gods. God's provision of proof didn't make the Israelites more faithful; it simply highlighted how selfish and demanding their hearts were. Nothing other than getting everything they wanted at the time they wanted it would do.

When I read the accounts of the ancient Israelites, I find their reaction to be completely human and believable. Even if you're an atheist who doesn't hold to the historicity of the accounts, you must admit that stubborn rejection of proof is a real possibility. In fact, this scenario is more probable than not. That's why people still start smoking cigarettes regardless of how big the Surgeon General's warnings appear on the package. No one is saying, "Why didn't anyone provide proof that cigarettes cause cancer?" They all know it does, but their desire trumps the evidence. The proof doesn't matter.

Thomas Nagel is a famous atheist philosopher who admits that modern materialist explanations of the emergence of consciousness fail. In his book The Last Word, he made a very honest statement about his lack of belief in God. Nagel wrote:

I think most people would agree. While many people form an idea of God that comports to their view of the world, most don't want to be beholden to a holy, righteous God that tells them the things they want to do are not good and they shouldn't do them. As long as that is fundamental to the human condition, proof of God's existence will never suffice to change their minds. It can always be explained away.