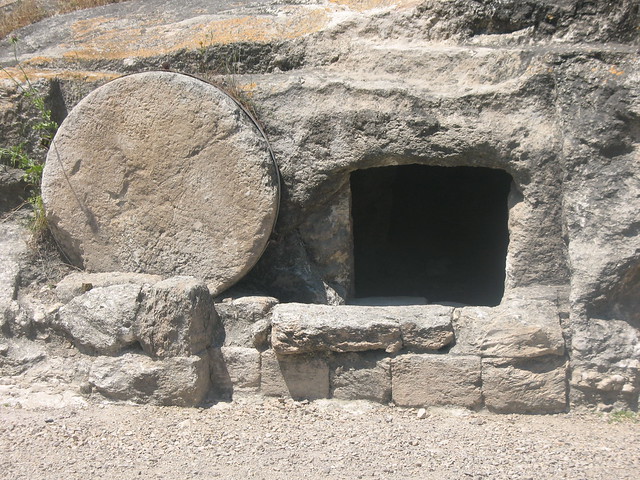 The empty tomb is a huge part of the evidence arguing for the resurrection of Jesus. We know that the vast majority of New Testament scholars, from the very liberal to the very conservative, hold that Jesus's followers believed they had seen Jesus risen from the dead. "It is an indisputable historical datum that sometime, somehow, the disciples came to believe they had seen the risen Jesus,"1 claims New Testament scholar Alexander J. M. Wedderburn, cited by Michael Licona in his book The Resurrection of Jesus: A New Historiographical Approach.

Licona points to other scholars as well and highlights the work of Dr Gary Habermas who "cataloged the opinions of hundreds of scholars writing on the subject of Jesus' resurrection in French, German, and English since 1975. His database divides the opinions into more than one hundred categories pertaining to the questions and subquestions related to the resurrection of Jesus. He comments 'As firmly as ever, most contemporary scholars agree that, after Jesus' death, his early followers had experiences that they at least believed were appearances of their risen Lord.'" 2

Because it's clear that Jesus' followers had some kind of experience they believed was seeing him after he rose from the dead, one must ascribe some kind of cause for their experience. Skeptics have tried to dismiss these as sincere but mistaken experiences. They've offered some kind of hallucination theory, cases of mistaken identity, a kind of "groupthink" (e.g. "I can see him, can't you see him, too?"), or dismissing these as spiritual visions instead of physical ones.

Any of the above scenarios must have happened rather quickly after the crucifixion. The gospels and Acts place Jesus' appearances no later than forty days after Easter Sunday excluding Paul's Damascus road experience. Thus, Jesus' corpse could have been produced by Jesus' foes to defeat any such claims. Yet, the corpse seems to not be available to them. In fact, it is the Jewish Sanhedrin who were worried about that very issue and asked Pilate if the tomb could be secured, a request that was granted. Even then, though, they could not counter the resurrection charge. Their claim was "the disciples came and stole the body."

There is only one reason why that story persisted and Jesus' disciples became more confident instead of less so: there was no body in the tomb. As historian Michael Grant states:


Even if the historian chooses to regard the youthful apparition [of the angelic messenger in Mark] as extra-historical, he cannot justifiably deny the empty tomb. True, this discovery, as so often, is described differently by the various Gospels—as critical pagans early pointed out. But if we apply the same sort of criteria that we would apply to any other ancient literary sources, then the evidence is firm and plausible enough to necessitate the conclusion that the tomb was indeed found empty.3

Grant concludes that there must have been someone who had taken the body, though he doesn't know who. Still, Grant is right to say if the criteria one employ's for ancient history is leveraged, then we are left with the real historical fact that the tomb was indeed empty.

Adding the empty tomb to the knowledge that the disciples had real, sincere experiences they identified as seeing the risen Jesus, we have a much stronger case for Jesus' resurrection. The claims of hallucinations, groupthink, or spiritual visions become much less plausible since none of those can explain where Jesus' body actually went. The evidence leads to a resurrection.