Talking Wrong and Testimony as Trustworthy 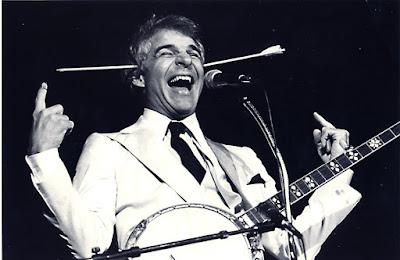 When I was a kid, I listened to Steve Martin's Wild and Crazy Guy album. Martin told a joke there about a dirty trick to play on a three year old kid:


In the clip, Martin explains "Kids learn how to talk from listening to their parents. So, if you have a three-year-old kid and you want to play a dirty trick on him, whenever you're around him you talk wrong. So now it's like his first day in school and he raises his hand: "May I mambo dogface to the banana patch?"1

Martin's joke is funny, but it actually highlights an interesting point about the nature of being reasonable. Kids DO believe others will talk with them in a way that's trustworthy. They believe parents will give them a basically truthful concept of the world, that they will be honest in using words and filling them with proper meaning, and that, dad jokes excepted, people are not trying to intentionally mislead them.

We shouldn't think of children as being unreasonable in trusting the statements of others even with no evidence. One of the reasons that dad's tall tales work on kids is because dad is generally otherwise trustworthy. Those tall tales leverage the child's inexperience and their reasonable trust of authority.


The Principle of Testimony

However, children are not the only ones to whom it would be considered reasonable to hold to the general trustworthiness of others. All people must operate on this principle in order to have a world that makes any sense at all. Yesterday, I highlighted one of the fundamental principles of knowledge, the Principle of Credulity, which Richard Swinburne defined. Along with that one, Swinburne also offers the Principle of Trustworthiness. Swinburne defines this as "individuals ought to believe the reports of others about how things seemed to them, and so (given the principle of credulity) that things were as they report—in the absence of counter-evidence. That is, other things being equal, the reports of others are probably true."2

Swinburne goes on to clarify that one would never be able to understand another person if one were to believe they were playing Steve Martin's dirty trick on them. How could we? Even if they used proper words but communicated false ideas half the time, it would be impossible to know if and when they truly meant anything. That would make all of their statements untrustworthy and therefore meaningless.

Swinburne does say that experience can teach us that "certain persons or persons in certain circumstances are not to be trusted."3 That's why I can no longer get away with pulling dad jokes on my kids; they recognize when I've planted my tongue in my cheek. Now, they just roll their eyes and continue the conversation.


The Trustworthy Testimony of the Gospels

The principle of testimony also applies when reading ancient historical writings. While people can always be biased (should we believe the campaign slogans of politicians even today?), for the most part an ancient source can be held as truthful. Take Luke who wrote the Gospel that bears his name as well as the book of Acts. Craig Keener notes that the dominant view of Luke's writings by scholars today is that they are historical in nature. Keener quotes the Anchor Bible Dictionary in stating, "The reasons for regarding Luke-Acts as a History are obvious, and to most scholars, compelling."4 Keener then points out that when compiling the different genres suggested for Luke's writings, "history appears five times as often as novel and, together with biography, seven times as often as the novel."5 In other words, Luke is hoping to convey what he believes is historical reality. That means one should approach Luke as someone trying to tell the truth and measure his trustworthiness in what we can measure.

In speaking with atheists, though, they don't take this approach with the Gospel accounts. Because they classify them as "religious writings," they hold all of them to be untrustworthy unless the opposite can be proven. That's simply backwards and it causes the same effect: they won't really be able to weigh the evidence the Gospel accounts offer because they refuse to understand them to begin with. In their eyes, Luke may as well have written "May I mambo dogface to the banana patch?" Such a position shows it is those atheists who are the ones being unreasonable.