Belief without Evidence is Crucial for Knowledge 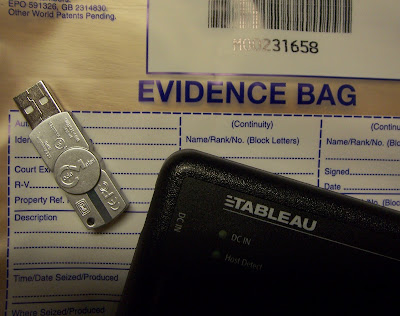 Being a reasonable person is a great goal; no one wants to be thought of as foolish or gullible. But does being reasonable mean one needs to have reasons for all of one's beliefs? I've run onto many people who would answer "Yes" to that question. I mean, even the word "reasonable" contains the root of "reason!" How could one be reasonable without having reasons for one's beliefs?

This kind of thinking is prevalent in the online conversations I have with atheists. I recently offers one in this example. But not only is my interlocutor unreasonable in asking for evidence for what would be rather benign claims (like a person's academic achievements in casual conversation), he is wrong about what constitutes reasonable belief at all.

In the introduction of his book The Evolution of the Soul, Philosopher Richard Swinburne lays out some key principles we all use in our reasoning. The first is the Principle of Credulity. Swinburne defines it as "in the absence of counter-evidence probably things are as they seem to be."1 This principle holds that we should basically trust what our senses tell us. While sometimes our sense can be wrong, we trust them to tell us true things about the world, for that's simply how we observe the world. As Swinburne points out:


Without this principle, there can be no knowledge at all. If you cannot suppose thigs are as they seem to be unless further evidence is brought forward—e.g. that in the past in certain respects things were as they seemed to be, the question will arise as to why you should suppose the latter evidence to be reliable. If ‘it seems to be' is good enough evidence in the latter case, it ought to be good reason to start with. And if ‘it seems to be' is not good enough reason in the latter case, we are embarked on an infinite regress and no claim to believe anything with justification will be correct.2

This is the key point in when debating with a person who will only accept something based on evidence or that evidence only counts if it is scientifically testable.


What Counts as Evidence?

Take a claim like the one Paul made in 1 Cor. 15:5-7 that the resurrected Jesus appeared to Peter, then all of the apostles, then to James, and then to five hundred people, and lastly to Paul himself. Paul is offering evidence in the form of eyewitness testimony, both his own and of others. If one discounts that as evidence, by what criteria are they doing so? If it is because eyewitnesses can get things wrong, then why ever allow them in courts? What about scientist who base all of their research on visual observation of events or instruments. Doesn't it follow that their eyes could deceive them as well?

The objector might claim, "My problem with that testimony is we simply don't observe people rising from the dead!" But that objection really begs the question, as Swinburne notes. If observation cannot be trusted, why should we trust the observation that people don't rise from the dead?  Maybe they have in the past and we missed it!

If you press for evidence before you believe anything, you will never reach a starting point. There is always the question of "What is the evidence that backs up the evidence you're presenting? Why should I believe that to be true?" It becomes as Swinburne said an infinite regress, where one can never justify anything at all.

In the next post, I highlight another of these principles, one that states why in the absence of any evidence to the contrary testimony specifically should be believed. Stay tuned.