Is Easter Pagan? Part 2 - What Do You Get When You Cross a Jew with...

Yesterday, I began a series looking at the claims made by some skeptics that Easter celebrations have their roots in pagan holidays and customs. My goal for these posts is to not dig into a ton of research to disprove these kinds of accusations, but to so you how, given a little time of reflection and focused thought, you can answer such claims without so much as an Internet search. Hopefully, this will give you a bit of confidence and help Christians to become better and more careful thinkers over the plethora of "Google Scholars" that simply add a lot of noise to the channel. 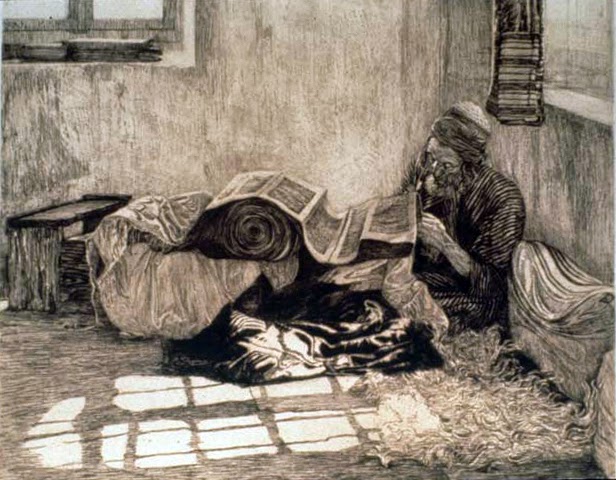 As an example of the "Easter is Pagan" claim, we've been looking at an article written by Heather McDougall that appeared in The UK newspaper, The Guardian. Let's look at a second paragraph from that article:


The Sumerian goddess Inanna, or Ishtar, was hung naked on a stake, and was subsequently resurrected and ascended from the underworld. One of the oldest resurrection myths is Egyptian Horus. Born on 25 December, Horus and his damaged eye became symbols of life and rebirth. Mithras was born on what we now call Christmas day, and his followers celebrated the spring equinox. Even as late as the 4th century AD, the sol invictus, associated with Mithras, was the last great pagan cult the church had to overcome. Dionysus was a divine child, resurrected by his grandmother. Dionysus also brought his mum, Semele, back to life."

2. Too much of everything leads to nothing

The first thing that should stand out to you as a red flag is how McDougall lists Sumerian, Egyptian, Roman, Baylonian, and Greek religions all as sources to the single holiday of Easter. There's something incredulous when one finds that the "real" origins of a very specific and detailed event (the death and resurrection of Jesus) has so many points of origin. It reminds me of when I was a little kid and I used to go to the soft drink fountain to create a "suicide," If you mix enough of everything together, all the distinctive tastes blur and what comes out is bland. Put a lot of various paints in a can and you won't get a vibrant color, but they meld into a dingy brown.

However, McDougall seems to think that everything that has even an inkling of parallel to the resurrection story is proof that the resurrection accounts are derived from that story (a concept we covered a bit more last time.) But religious rituals are not so easily changed, regardless of the ritual's cultural base. The reason a ritual works is because it is passed down. Religious rituals are taken even more seriously. Any changes would have to be shown with some pretty compelling evidence to back it up. McDougall has thrown out a Zeitgeist-type wild claim, but she will need to do more than simply make the claim. We will discuss more on this tomorrow, but the concept of changing religious understanding does lead me into my third point.


3. Jesus, His Followers, and His Detractors Were all Jewish

I don't know if it escaped McDougall's notice, but everyone agrees that Jesus was a first century Jew living in the Jewish state when Judaism was in full swing. Post-exile Judaism would be the de facto worldview for Jesus, His followers, his audience, and even His detractors, such as the Sanhedrin and the Pharisees. Anyone who knows anything about ancient Judaism knows how strict the Jews were not to have anything to do with pagan gods.

This point is underlined in the gospels when the Pharisees try to trap Jesus in asking Him whether they should pay taxes to Caesar or not. You remember the Pharisees, right? They are those people who took the Jewish faith so seriously that they would place a strainer on their wine glasses lest they ingest a gnat and violate the Jewish prohibition against swallowing an animal with its blood. The Pharisees question Jesus on giving money to Caesar as a violation of the Old Testament law. Jesus deftly answers "render unto Caesar the things that are Caesar's and to God the things that are God's." Jesus kept His Jewish understanding of serving only Yahweh intact while also showing the flaw in their thinking.

So, would a Jewish audience, one who is so attuned to the strict adherence of their faith that they would die rather than be forced to worship any other god really buy into a story that is perhaps Sumerian in origin? Do you think the Jews would recognize pagan myths that were popular in their day? Do you really think that Jesus or His Jewish disciples would invent such stories in order to gain adherents? The concept is preposterous! This would go over about as well as going to an Orthodox rabbi today and trying to convince him that the messiah is really Mohammad and Islam is Judaism fulfilled.

Tomorrow, I will look at the historical aspects of the resurrection accounts as my final point on why these claims are ridiculous. Until then, keep thinking!
Posted by Lenny Esposito at 11:10 AM
Labels: apologetics, Easter, historical Jesus, holidays, Judaism, pagan, religion, Zeitgeist