How Hard is It to Change a Belief?

In the blog this week, I've been talking about how one evangelizes and how evangelism means changing a person's beliefs. If you've missed the previous posts, you can find them here and here. Today, I'd like to talk about the practical implications of witnessing, especially to those who hold to different faith backgrounds. 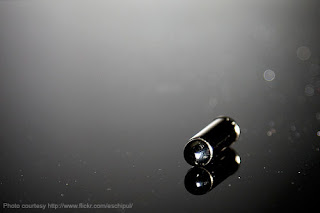 Last night, I had an engaging conversation with two gentlemen who are Jehovah's Witnesses. I had spoken with one previously, and they were now coming to discuss more deeply whether Jesus was God. I had offered them the John 1:3 argument in our previous meeting and now continued to show how Jesus does things only God can do, has attributes and powers that only God has, and claims titles reserved to God alone.  We spoke about how Jesus Himself said that worship was reserved to God alone (Matt. 4:10) and even when John, being overwhelmed at the vision in the book of Revelation fell down at the angel's feet, the angel rebuked him and said that as a created being, he didn't deserve worship. Worship is reserved for God alone. (Rev 19:10). I then took them to Hebrews 1:5-6, which reads:


"For to which of the angels did God ever say, 'You are my Son, today I have begotten you'? Or again, 'I will be to him a father, and he shall be to me a son'? And again, when he brings the firstborn into the world, he says, 'Let all God's angels worship him.'"

My guests had never heard about this passage before. They quickly turned to Hebrews in their New World Translation and breathed a momentary sigh of relief because Hebrews 1:6 reads a bit differently there:  "And let all of God's angels do obeisance to him." They began to say how doing obeisance is a simple act of recognition. However, I happened to have a 1961 version of the NWT in my library. In that version, the Greek word proskyneō (προσκυνέω) is translated worship. Even the Jehovah's Witnesses' own scriptures said that God the Father commanded the worship of Jesus by the angels! I further explained that this Greek word is the same word that Jesus used in the Matthew passage and that the Revelation passage.

As the night went on, I offered other evidences, both biblically and logically. While there were many things that they had never considered before, they held fast to the theology of the Watchtower, even resorting to show that their good deeds proved the Watchtower was God's appointed organization.

But why? Why wouldn't these men, who truly were earnest in their time with me, want to change their beliefs when faced with so many arguments and even the proof of change verified by the two different approaches to Hebrews 1:6? The evidence that the Watchtower was changing the words of scripture to suit their purposes was there in black and white!  The reason is this: not all beliefs are the same and people will not give up on those beliefs that are deeply held so easily.

Think about it for a moment. If someone was raised by his family in the faith of the Watchtower, then you are telling him that not only does he believe the wrong thing, but the faith to which he dedicated his entire life is a fraud.  More than that, if he embraces the historic Christian faith, then he is acknowledging that all his family and friends are all going to hell! That's a lot to swallow in one sitting. Think about what you would have to give up if you were to renounce Christianity for, say, Islam. All your memories of childhood Christmases would be an exercise in wrong practice. Your children will not have that same experience. Your parents would be considered "infidels", committing the sin of Shirk by ascribing attributes to Jesus that are Allah's alone. You would have to give up your social time at your church and start again.

Add to all this the spiritual war that is also raging as the Devil seeks to keep every soul out of heaven and you can soon realize that there is no "magic bullet." There is no phrase or argument that will convert people.  You can only be faithful to deliver the message as effectively as you can so God may use that faithfulness to His glory.

Sometimes I think Christians don't realize momentous an event it is when a lost soul comes to Christ. It takes a lot of work, a lot of prayer, and a true reliance on the Holy Spirit. That's why it's important to keep sharing. Continue to provide new information to that person and continue to show the contradictions that stem from their existing beliefs. Who knows what God would use to open the ears of one who is lost? We do know that God wants to use the exchange of ideas to reach the unsaved. Romans 10:14 tells us "How then will they call on him in whom they have not believed? And how are they to believe in him of whom they have never heard? And how are they to hear without someone preaching?"

I know it's hard work and sometimes it's easy to feel that you're wasting your time. I've felt that way, too. But take comfort in the words that Paul shared with the Christians in Galatia, "And let us not grow weary of doing good, for in due season we will reap, if we do not give up."
Posted by Lenny Esposito at 12:58 PM
Labels: apologetics, beliefs, evangelism, Jehovah's Witnesses, witnessing, worldview