Should We Separate Religious Beliefs from the Law? 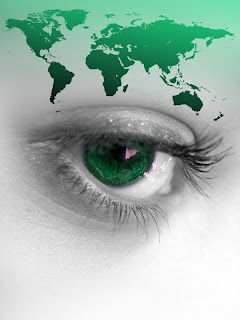 Before we start, realize that I am not going to debate the merits for or against Colorado's recent legislation, as it has no bearing on my topic. So, no matter what your position on that issue, you can rest easy and keep reading. I only offer that disclaimer because it has direct bearing on the topic I do address below.

William Kinne is a graduate student at the University of Colorado, Boulder, He identifies as a Christian, and he supports Colorado's legislation for same-sex unions. In a recent Op-Ed piece he was quoted saying, "I think it's a civil-rights issue. I'm a Christian, but I justify it by separating my religious beliefs from the law." His wife Rachel disagrees, stating: "I believe we [should] vote based on our moral beliefs."1

Kinne's response is as worrisome as it is common today. It shows how fragmented and compartmentalized our modern society has become, and how sloganeering has replaced clear-thinking on some very important issues. Especially troublesome is the contradictory nature of his statements. Can one separate his religious beliefs from the law? Should one do so? Really, one doesn't have to spend a lot of time thinking about these issues to see where the flaws in Kinne's statements appear.

First of all, what is religion? Today, many people would say it is what one believes about the existence of God and how that person should worship. It is a private belief that gives comfort and structure to the life on an individual, and each individual will seek out the comfort and structure that best works for him or her. In other words, religion is a pragmatic approach that affects one's individual actions or perhaps the actions of a like-minded group but doesn't really affect the wider world. But this is a relatively recent understanding of what religion is.2 Religious belief encompasses much more than the personal aspects of faith. Religion deals with concepts like why we exist, why there is something rather than nothing, what is right and wrong for all people; basically, any religious system has ultimate realities at its core.

But a great many of our laws are simply a reflection of our beliefs about ultimate realities. For example, we believe that human beings are valuable in and of themselves, so our society passes laws against killing or against discriminating on the basis of race. We value the truth so laws against slander or perjury are passed. While there are tax laws and other procedural legislation, moral values are the foundation for the laws that protect us. These laws reflect our understanding that human beings are intrinsically valuable.

When we talk about concepts like value, we are talking about something the Germans called a Weltanschauung or what is known as a worldview. But one cannot separate religion from worldview like Kinne hopes because religion plays a central role in informing one's worldview. Philosopher Brendan Sweetman notes, "Every time we make a moral judgment, or make a claim about the nature of reality, or about what sort of beings human beings are, or about whether God exists, or about the nature of the good life, or about which political system is best, or about whether a law should be passed regarding such and such, we are appealing to our worldview."3

Sweetman classifies worldviews into broadly religious and secular types.4 An irreligious person would have a secular worldview while a religious person would have a religious one. However, one cannot have a secular AND a religious worldview. Whether or not God exists is a worldview question and to say he does and he doesn't is hopelessly confused. Similarly, if one believes in Christianity then one would hold that moral values are grounded in God. Laws should then be a reflection of one's understanding of how God would have us treat one another. To make a claim that "I'm a Christian, but I justify it by separating my religious beliefs from the law" is contradictory.

I think we need Christians to challenge this mistaken concept of religion as only a private matter. Perhaps we should question those who would object to religion informing the law as to what they base their ideas of morality and equality. Do they truly believe that all men are created equal? Why? By centering our discussion on worldview instead of faith, we may be able to get farther and help others understand how all ones beliefs should work together to form a consistent whole. A consistent view is to be preferred over a cloistered one, and I've found no worldview more consistent than Christianity.

1. Brownstein, Ronald "Danger Ahead for Democrats: The Passion Gap." NationalJournal.com
July 11, 2013. <http://www.nationaljournal.com/columns/political-connections/danger-ahead-for-democrats-the-passion-gap-20130711> Accessed July 13, 2013.
2. The early 20th century French sociologist Emile Durkin defined religion as "a unified system of beliefs and practices relative to sacred things, i.e., things set apart and forbidden--beliefs and practices which unite in one single moral community called a Church, all those who adhere to them." The Encyclopedia of Religion and Society classifies such views as "functional definitions". For more on this, see their entry "Definition of Religion" at http://hirr.hartsem.edu/ency/defreligion.htm
3. Sweetman, Brendan. Why Politics Needs Religion: The Place of Religious Arguments in the Public Square. Downers Grove, IL.: IVP Academic, 2006. 17.
4. Ibid.