Apologetics is Foundational to the Christian Faith 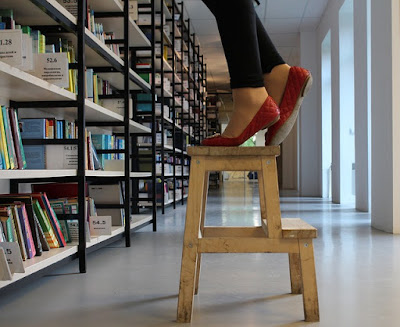 Apologetics is the discipline of thoughtfully and carefully defending the Christian faith. It is not only a calling in the Bible, but a command to which all Christians are obligated. I understand that most Christians won't have the background or the knowledge to become faith defenders in the manner of a C.S. Lewis. Neither will most Christians ascend to the ranks of Billy Graham in terms of sharing their faith. Yet, just as we are all called to evangelize (Matt.28: 19-20), we are all called to defend our beliefs (1 Pet, 3:15.)

Today, as more and more people are skeptical of Christianity and who Jesus was, apologetics has become integral to evangelism efforts. Yet, while Bible-believing Christians may not all share their faith, they usually don't doubt the fact they are called to do so. The same isn't true for defending their faith. They simply don't see such tasks as important. They claim such a task is "just head knowledge" or "a side project, not a necessary part pf Christianity." Nothing could be further from the truth.

In an article entitled "Defending a Defense of the Faith," Dr. Craig Hazen offers several key reasons why such claims fail. The first is that defending the faith is simply part of the original fabric of Christianity, beginning with Jesus and his disciples. Hazen writes:


Perhaps there is no stronger argument that Jesus himself was an extraordinary source for the apologetic impulse in Christianity than the fact that his closest followers, those who so deeply desired to emulate their Master, were such ardent proponents of Jesus' ethos of demonstration. Indeed, Paul, John and Peter seemed almost obsessed with offering evidence, testimony and argument at every turn in order to establish the truth of the gospel message. The case for the apostolic support for the full range of apologetic activity is very well known and has been affirmed by scores of preeminent Christian scholars in the last fifty years. Anyone wishing to downplay the significance of the defense of the faith to the apostles and the early church is truly swimming upstream against an overwhelming current.1

Hazen goes on to list several passages showing how the New Testament writers reinforced the call to apologetics. (You can find a similar list here.) He then writes:


Even if Christ's closest followers had not given direct commands to engage in apologetic activities, they modeled those activities so frequently and unmistakably in Scripture that their actions amount to a clear exhortation for all Christians to go and do likewise. The Gospel writers themselves were carefully attuned to this. Luke, for instance, has an explicitly apologetic purpose in the construction of his Gospel—a special focus he lauys out in the prologue of his book. Here, he highlights eyewitness testimony, careful investigation and accurate reporting all with an eye toward his reader, Theophilus, to know "the certainty" of the things he had been taught (Lk 1:1-4).2

Hazen is absolutely correct. One of the clearest apologetic encounters in the Bible is Paul's engaging the Athenians at Mars Hill in Acts 17:22-31. I've previously demonstrated how scripture records apologetic engagements even by Jesus himself (see here, here, and here).