The Contradiction of Preaching Morality as Cultural 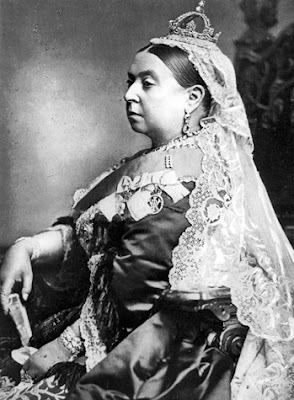 One of the runaway concepts plaguing society today is the denial of moral duties and values as objective external things. Most people assume morality is fluid and right and wrong are nothing in themselves except a reflection of the likes or dislikes of a certain people at a certain point in time. Thus, while some cultures would have regarded homosexual acts wrong in their day, they were simply voicing their dislike for it while in our own time acceptance has made the act wrong no longer.

Usually people who explain away moral precepts in this manner are trying to accomplish two things: they seek to lift the restrictions that traditional moral values demands of them while demonstrating that we live in a more enlightened age, not beholden to rules that were crafted in a less progressive time. Their message is that it isn't good to stay locked in the backwards thinking of the past.

But this is exactly where their problem lies. If their view of morality as merely the outward voicing of likes or dislikes a specific culture holds is true, it destroys not only the wrongness of what we wish weren't wrong; it destroys the very idea that we must progress to a new way of thinking about morality at all.

G. K. Chesterton noted the trend well in his book Orthodoxy. He observed:


We often hear it said, for instance, "What is right in one age is wrong in another." This is quite reasonable, if it means that there is a fixed aim, and that certain methods attain at certain times and not at other times. If women, say, desire to be elegant, it may be that they are improved at one time by growing fatter and at another time by growing thinner. But you cannot say that they are improved by ceasing to wish to be elegant and beginning to wish to be oblong. If the standard changes, how can there be improvement, which implies a standard? Nietzsche started a nonsensical idea that men had once sought as good what we now call evil; if it were so, we could not talk of surpassing or even falling short of them. How can you overtake Jones if you walk in the other direction? You cannot discuss whether one people has succeeded more in being miserable than another succeeded in being happy. It would be like discussing whether Milton was more puritanical than a pig is fat.1

Chesterton is right here. The idea of assuming right and wrong change with preferences means that right and wrong don't really exist at all. One society can never be better than another, only different. That means the person who wishes to fight for the civil rights of an oppressed group isn't right in taking on that crusade, he or she isn't advancing the society in so doing, because there is no place to advance. He is only moving it sideways.

The concept of better or worse can only make sense when an outside frame of reference is used. By relativizing moral values to societal preferences, the fame of reference no longer exists. Therefore the very goal of the moral relativist is undercut, demonstrating their "new way of thinking" is simply confusion.