Digging into the Reliability of the OT Books of Kings 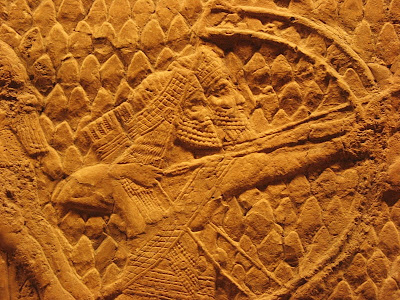 One of the more popular ways skeptics try to undermine the authoritative value of the Bible is to question the validity of its narratives. Usually this means asserting that the events recorded in the Bible never really happened or happened much differently than how the text reads. From the Jesus myth proponents who claimed that Jesus never lived to the more subtle claims of an author drawing upon various traditions or separate historical sources that existed during his time. The books of 1 &2 Kings and 1 &2 Chronicles have received much of this type of criticism, with various views of a later author creating the account to try and provide meaning to the tragedy of Israel's conquer and captivity.1

In his commentary on First and Second Kings, Richard D. Nelson echoes some of this sentiment:


Large portions of the narrative can no longer be considered "actual history" by any modern definition. There are legends, miracle stories, folktales, and fictional constructions. Kings draw moral lessons from events, a concern far removed from that of modern history writing. Most fundamentally, causation for events in Kings shifts from human to divine and back again without any embarrassment.2

While I certainly agree with Nelson that the primary reason we have the books of Kings and Chronicles in the Bible is not to learn history but to understand God and His nature, I don't think it follows that one may dismiss the accounts therein as fictional. While it would be impossible to fact-check things such as whether the Lord sent the Assyrian army to conquer the Northern Kingdom, it is possible to check whether such an event occurred. The more the history we can corroborate that is recorded in the books, the less room is left for myth.

It turns out that the books of Kings and Chronicles gets an awful lot of its history right. Kenneth Kitchen, his masterful work On the Reliability of the Old Testament, begins with the records of the various kings recorded in the books of Kings and Chronicles and shows just how historically reliable the records are. II kings and II Chronicles record a time spanning 350 years' worth of Jewish kings and foreign rulers who either were enemies or alliances, and Kitchen notes that the written accounts do a remarkable job in getting everything right. In looking at just the Babylonian and Assyrian rulers, Kitchen is able to build a timeline of succeeding rulers that accurately matches the archaeological inscriptions found within those lands themselves.3 He lists the various ways these books prove their reliability:4
Kitchen goes on to talk about events and other sources that may be checked against the discoveries of coins, engravings and other records found by archaeologists. He then concludes:


At this stage, and without prejudice as to what may be seen elsewhere, the basic presentation of almost 350 years of the story of the Hebrew twin kingdoms comes out under factual examination as a highly reliable one, with mention of own and foreign rulers who were real, in the right order, at the right date, and sharing a common history that usually dovetails together well, when both the Hebrew and external sources are available. Therefore, we have no valid reason to cast gratuitous doubt on other episodes where comparable external data is comparably lacking, either because the records are long since destroyed or are still buried in the ground."5