Yesterday, I read two different articles on the upswing of apologetics in Christian ministry. The fact that apologetics is getting any press at all is both exciting and telling as our culture continues its decline into a more secular worldview. What struck me, however, was that in both someone cautioned the use of apologetics in witnessing by quoting the old trope, "If you can talk someone into heaven, then you can talk them out of it." Like most clichés, at first blush this sounds like a truism we need to take to heart, but I'd like to examine it further because I think there's something fundamentally wrong with the idea. 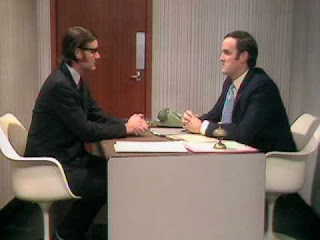 The basis of a belief

The command to evangelize in Matthew 28:19 is well known. The call to evangelism is essential for those within Christendom that define themselves as evangelicals. But what exactly does evangelism entail? Evangelism at its core is changing a belief. It requires an individual to move from a state of non-belief in Jesus as savior and Lord to a state of belief. That is no small thing, since embracing that belief affects one's understanding of things like the nature of God, the nature of man, the nature of sin, and the nature of one's own eternity.

Now, I know of no reasonable person, whether believer or non-believer, who does not have at least some sense of belief on each of those issues. Some feel that people have souls that will live on after their bodies die. Others hold that people are just a physical byproduct of evolutionary processes and once the machine stops, so will they. Some hold to a fuzzy concept of God while others dismiss the idea of God altogether. The point is that beliefs at their core are ideas that one takes to be true, and everyone holds certain ideas as true, whether or not they have good reason for so doing.


Evangelism works in the medium of ideas

So if the evangelist is engaging with a nonbeliever, he or she must take into account their current beliefs. Asking someone if they want to avoid an eternity in hell will not be very effective if that person believes he will cease to exist at death! The sensitive evangelist will look for ways to interact with the nonbeliever in order to remove wrong beliefs he may hold about the world. He or she should strive to show why the ideas the non-believer has about the world are faulty. This means the evangelist is in the idea business. As a building inspector uses his knowledge of weight loads, safety requirements, and material specifications to ensure a new structure is safe to occupy, the evangelist uses evidence, arguments, and reason to correct faulty beliefs. Even one's testimony of how coming to a saving knowledge of Jesus transformed our lives is a type of argument. The evangelist is using a known sample (his or her own life experience) to tell the non-believer that he too can have a similar experience.

All of this shows the problem with the "If you can talk someone into heaven, then you can talk them out of it" retort. Christianity isn't like selling a used car. The evangelist or apologist should be offering reasons that are not merely convincing, but true! Apologetics is not and should never be Christian hucksterism. It isn't some kind of verbal ju-jitsu. The apologist simply sets out to deal with the fuzzy and illegitimate ideas that non-believers have so they can properly receive the Gospel message. We don't offer arguments instead of reasons; we offer arguments based on reasons, hopefully good reasons. If the non-believer changes one or two of the beliefs that he holds, then that's progress.

The ideas that matter in evangelism are either true or they're not. The Christian that rejects apologetics because "if you can talk someone into heaven, then you can talk them out of it" is really rejecting the concept of objective truth. That person doesn't mark the difference between good reasons for believing something and bad reasons for so doing. But Christianity depends on truth being objective. Paul made this clear when he said that if the belief in the resurrection of Christ is only a belief, if it isn't rooted in an objective fact of history, then it's a worthless one, even if it helps us feel better now. Indeed "we are of all people most to be pitied."(1 Cor. 15:12-19).

Ideas matter. The truth matters. Tomorrow, I will talk about how one may go about trying to change a belief, but know this for now: talking about beliefs is how God intends for us to go out and make disciples.
Posted by Lenny Esposito at 11:23 AM
Labels: apologetics, argumentation, beliefs, evangelism, reason, witnessing