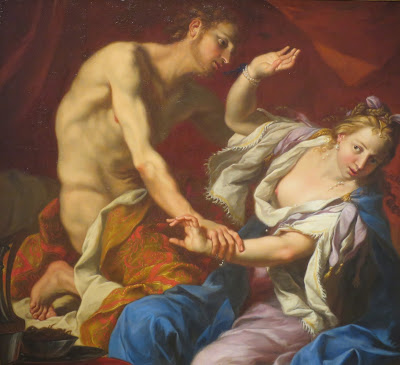 So the law on a man who takes the virginity of a woman must also be ready to marry her is not punitive for the woman; it's actually protective. It ensures she won't be tossed away as "damaged goods" but will be provided for. It also emphasizes that promiscuity is a serious matter. The father of the woman can protect his daughter from vicious rapists while also forcing kids who "were just fooling around" to make their relationship permanent. This isn't a misogynistic command but one meant to protect young girls' lives. We simply need to understand the culture in which it was applied.
Posted by Lenny Esposito at 2:31 PM 4 comments:
Labels: atheism, bible contradictions, law, morality, Old Testament, sex

What Did Jesus Consider as Scripture? 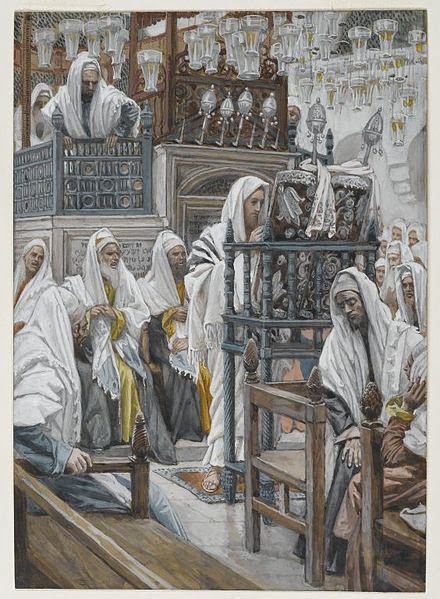 When we discuss the makeup of the Bible, the New Testament is usually the center of discussion. Given the discoveries of various 2nd and 3rd century gnostic writings at Nag Hammadi, the success of The Da Vinci Code, and recent manuscript claims such as the Jesus' Wife fragment one can easily see why the question of which books belong in the Bible would center on the New Testament. However, people will question the legitimacy of the Old Testament canon as well.

The accumulation of books in the Old Testament is a much longer one than that of the New. The canon begins right where the Jewish faith begins, with the first five books of Moses. These books were called collectively the Laws of Moses or simply the Law. There are books by various prophets, such as Isaiah, Ezekiel, Jeremiah and so on that hold the definitive "Thus saith the Lord" pronouncements. They also provide the validation of predictive prophecy. We also have several books are historical in nature, such as Joshua, Judges, and the sets of 1 & 2 Samuel and 1 & 2 Kings. Because these documented God's dealing with the nation and they held stories about the various prophets interacting with the nation, they too were classified by the Jewish priests as part of the writings of the Prophets. Lastly there are the literary books, such as Psalms, Proverbs, Song of Solomon and Ecclesiastes that were used in worship services. As well as other historical books like Daniel, the books of Ezra-Nehemiah and the two books of Chronicles. These were classified as the "Writings".

According to Norman Geisler and William Nix, "Philo the Jewish philosopher of Alexandria, alluded to a threefold classification of the Old Testament, and Flavius Josephus arraigned the twenty-two books of the Hebrew Scriptures into three sections, saying that the twenty-two books ‘retains the record of all the past;… five belong to Moses, … the prophets who were after Moses, wrote down what was done in their time in thirteen books. The remaining four books contain the hymns to God and precepts for the conduct of human life."1 There is evidence of a more ancient two-fold division, which would fold the writings into the prophetic section. This is used in the writings found in the Dead Sea Scrolls as well as throught the New Testment writers.2


Jesus' Validation of the Old Testament

Jesus never provided a book by book list of the Old Testament canon. It simply wasn't necessary as the Jews of that day all knew what was meant by Scripture. He did refer to the Scripture as authoritative, though and we can see what He meant whenever he talked about them. First, Jesus would quote passages from various Scriptures and refer to them as such. He quoted multiple times from each of the books of Moses, and from Isaiah, Jeremiah, Zecharaiah, Hosea, Micah and Malachi.3 He also quoted from the Psalms calling them scripture (John 10:24, John 15:25) and called Daniel a prophet of God (Matthew 24:15). So Jesus quotes from each of these three divisions in a way that recognized those books as authoritative scripture.

Further, Jesus referred to the collection of books several times. He talked of "the Law and the Prophets" in Matthew 7:12, 11:13, 22:40, Luke 16:16, and John 1:45. In Luke 24:44, He refers to the Scriptures in the threefold context, saying "These are my words that I spoke to you while I was still with you, that everything written about me in the Law of Moses and the Prophets and the Psalms must be fulfilled."

In Luke 11:50-51, Jesus rebuked one of the experts of Scripture by saying, "the blood of all the prophets, shed from the foundation of the world, may be charged against this generation, from the blood of Abel to the blood of Zechariah, who perished between the altar and the sanctuary." Abel is the first person to die in the Hebrew Bible and Zechariah is the last. This reference would be obvious to such an expert, but it also confirms the canon of the Old Testament was accepted as authentic.