The Logical Incoherence of Arguing God is a Social Construct 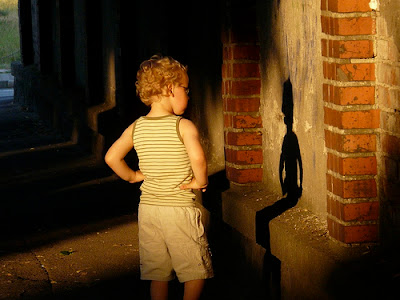 Yesterday, I received a message from a Christian student who was frustrated at his professor's dismissal of religious belief as socially constructed. He writes:


Today in my Sociology class, we covered a very controversial topic--Religion. My professor explained to us that his goal was to be as objective as possible, but still, implemented his ideas into the lecture.

Some notable points he brought up, which are straight from the Sociology textbook, is that all religion is "socially constructed" and that faith is "belief without scientific evidence." He then brought up the Council of Nicea, concerning the nature of Christ, which reconciled the two ideas that Christ was both fully man and fully God, but attributed it to maintaining unity in the church. In short, we made this up in order to keep peace.

He stated that religion is constantly evolving and falsely asserted that Christianity was the first to develop monotheism. His final statement was made near the end of the lecture that "we all need to exercise some level of spirituality in order to survive" since religion provides comfort in the case of tragedy.

How does one, especially as a student, respond to such claims? It's apparent the professor has already chosen where he stands concerning religion. When another spoke up during the lecture, it was clear all he wants to do is debate. As Christians, should we speak up or not cast our pearls before swine?

There are really a couple of questions here. On Monday, I'll tackle how Christians should respond when placed in these difficult situations, but first I want to talk about some of the professor's claims, many of which are demonstrably false. The easiest one to dismiss is the one the student already recognized: that Christianity was the first to develop monotheism. Simply put, no one believes this! Judaism had monotheism down well before Jesus ministered on earth, a fact that is widely accepted by sociologists of all stripes. Either the prof misspoke, was misunderstood, or chose to ignore an accepted point of history on this.


Dealing with the "Socially-Constructed Religion" Charge

What about the larger point that religion is "socially constructed?" The charge isn't new. It was probably most famously made by the philosopher Ludwig Feuerbach in his The Essence of Christianity in 1841. There, Feuerbach lays out the argument that human beings will see and interpret their world to reflect their own nature. In other words, God doesn't really exist; he is an expression of understanding the world in human terms and is a super-human projected onto the world.1 Freud taught a similar concept, that the belief in God, salvation, and the resurrection was simply forms of wish-fulfillment to satiate the desires of humanity's frailty.2

Feuerbach's charge has been offered over the years as the trump card to explain the universality of belief in the divine. There's only one problem; it doesn't follow. Another philosopher named Eduard von Hartmann spotted the logical flaw in Feuerbach's argument and clearly dismantled it. Alister McGrath explains:


At the heart of Feuerbach's atheism is his belief that God is only a projected longing. Now it is certainly true that things do not exist because we desire them. But it does not follow from this that, because we desire something, it does not exist. Yet this is the logical structure of Feuerbach's analysis. Eduard von Hartmann pointed this out nearly a century ago, when he wrote: ‘it is perfectly true that nothing exists merely because we wish it, but it is not true that something cannot exist if we wish it. Feuerbach's entire critique of religion and the proof of his atheism, however, rest upon this single argument – a logical fallacy.'3

The thing von Hartmann realized is that people wish for all kinds of things. Snowboarders in California have been wishing for the drought to end so they can go snowboarding, for example. However, just because people wish for something doesn't mean the thing they wish for is untrue. If the meteorologists are right, California is in for a very wet winter this year! Similarly, whether or not people wish that God exists has no bearing on whether or not he does in fact exist. Those are two separate issues and von Hartmann rightly notes that Feuerbach, and Freud by extension, have staked their dismissal of God on fallacious reasoning. They're being illogical to hold to their position.


Nicaea Was Not About Making Nice

On the idea that Nicaea was held to reconcile the divinity and humanity of Jesus so that everyone could, to quote Rodney King, "just get along" is simply untrue. The concept of the Trinity predated Nicaea by some time. In fact, Tertullian used the word to describe God at least a century earlier. By 325, there were the Trinitarians who held to Jesus's equality with the Father and the Arians, who held that Jesus was divine but not in the same way as the Father. Both sides held to their views adamantly and Nicaea was called to discuss which view was correct.

The Council at Nicaea clarified the orthodox stance that most Christians already held, but it certainly didn't make everyone get along. The fight continued for another fifty years and got so heated that Pope Liberius who had supported the Nicaean Creed was exiled by the Arian Emperor Constantius II. He was then pressured to excommunicate the Trinitarian champion Saint Athanasius and ultimately even signed off on a creed that espoused Arianism and rejected Trinitiarianism!4 It wasn't until the Council of Constantinople in 381 AD that Arianism was definitively defeated and Trinitarianism was solidified as the orthodox position of the church. So, if the Trinity was invented at Nicaea to maintain unity in the church, it was an incredible failure!

As you can see, when one studies the history and the background of these claims, a much different picture of them emerges. I will address the thorny issue of how to engage in class discussion on these topics next time, but one thing you should consider is that the more you know about the history of your faith, the better prepared you can be when such discussions arise.

1. Feuerbach writes, "Religion is that conception of the nature of the world and of man which is essential to, i.e., identical with; a man's nature. But man does not stand above this his necessary conception; on the contrary, it stands above him; it animates, determines, governs him. The necessity of a proof, of a middle term to unite qualities with existence, the possibility of a doubt, is abolished. Only that which is apart from my own being is capable of being doubted by me. How then can I doubt of God, who is my being? To doubt of God is to doubt of myself." Feuerbach, Ludwig. The Essence of Christianity. London: Trubner, 1881. Print. 20.
2. Holt, Tim. "Sigmund Freud Religion as WishFulfilment." Philosophy of Religion.  Philosophy of Religion. N.p., n.d. Web. 04 Dec. 2015. http://www.philosophyofreligion.info/arguments-for-atheism/the-psychogenesis-of-religion/sigmund-freud-religion-as-wish-fulfilment/.
3. McGrath, Alister. "God as Wish Fulfilment?" Bethinking.org. UCCF: The Christian Unions, 12 May 2005. Web. 04 Dec. 2015. http://www.bethinking.org/does-god-exist/god-as-wish-fulfilment.
4. Pavao, Paul F. "Pope Liberius." Christian History for Everyman. Greatest Stories Ever Told. Paul Pavao, 2009. Web. 04 Dec. 2015. http://www.christian-history.org/pope-liberius.html.
Image courtesy Maciej Chojnacki and licensed via the Creative Commons Attribution 2.0 Generic (CC BY 2.0) License.