Why Isn't the Church a Sanctuary for Black Lives? 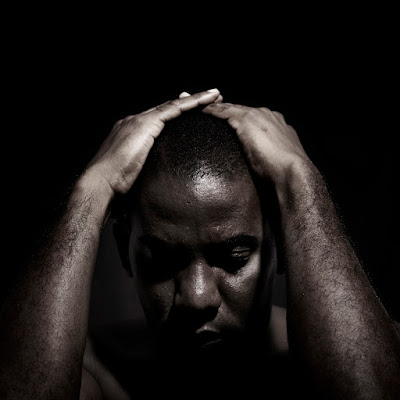 I'm aghast at the news. Within a 24 hour period, two police shootings have left two men dead and cell phone videos showing the aftermath. Both victims were black men who seem to be in non-threatening positions and their deaths add evidence to the charge that there is a serious problem in our country with racial engagement.

Were these shooting racially motivated? Uncovering internal motivation is a pretty tricky business. The details are still being investigated in these cases so it would be premature to pronounce guilt or innocence. But what we can judge is there is a natural reaction to such incidents. Is it any surprise that blacks are scared for their lives when they see law enforcement? Is it a shock that these people have cause to be concerned about their welfare being threatened by the very people who have sworn to protect them?


The Church Must Do Better

There is a judgment I can make and it is the evangelical church is failing these people. We are failing. Those who are scared don't see the church as a sanctuary where they will receive support, empathy and protection. They don't see evangelicals as advocates for them like they are for the unborn. Mika Edmondson said it well when he addressed the council members of the Gospel Coalition in May of this year:

But in the church, white suburban men are called to cry tears with the black inner-city woman scared to death her husband is going to be the next Eric Garner, or that her teenage son is going to be the next Trayvon Martin or Tamir Rice. And if you are so entrenched in your socio-political camp that you can't shed some tears with Tanisha, something is deeply wrong. Because that's who the church is called to be. That's the kind of thing that makes our unity in Christ really conspicuous and causes people to see that there is a unique power at work in the church unlike anything in this world.1

Realize that Dr. Edmondson is not claiming that all police are hunting down black people. He isn't assigning guilt in any shooting incident. Rather, he's talking about ministering to hurting people in a time of tragedy. That is clearly what Jesus taught his followers to do.


The Model of Ambrose

We need to work harder so blacks feel that evangelical churches are places they can go for sanctuary. We talk about sanctuary, but do we really understand what that term means? It means coming under the cover of an entity that will provide comfort and stand for what is right

We have a model in the early church. Theodosius I was emperor of Rome in 390 AD. He was a Christian and began aggressively banning pagan activities. "The Law" began oppressing pagans, which lead to a riot in Thessalonica where some of the citizens killed Theodosius's representative in protest. The slaying angered the emperor so much he gave his soldiers carte blanche to punish the citizens. They in turn devised a scheme and slaughtered a large number of men, women, and children of the city.

Theodosius was the most powerful man in the world, yet his actions were rebuked by Bishop Ambrose of Milan, who excommunicated him for eight months until he repented of his actions. In one famous retelling, Ambrose stood outside his church and forbade Theodosius' entrance. William Stearns Davis recounts the story:


When Ambrose heard of this deplorable catastrophe, he went out to meet the Emperor, who—on his return to Milan—desired as usual to enter the holy church, but Ambrose prohibited his entrance, saying "You do not reflect, it seems, O Emperor, on the guilt you have incurred by that great massacre; but now that your fury is appeased, do you not perceive the enormity of your crime? You must not be dazzled by the splendor of the purple you wear, and be led to forget the weakness of the body which it clothes. Your subjects, O Emperor, are of the same nature as yourself, and not only so, but are likewise your fellow servants; for there is one Lord and Ruler of all, and He is the maker of all creatures, whether princes or people. How would you look upon the temple of the one Lord of all? How could you lift up in prayer hands steeped in the blood of so unjust a massacre? Depart then, and do not by a second crime add to the guilt of the first.2

Alvin J. Schmidt notes the event is pivotal in history since it is "the first instance of applying the principle that no one, not even an emperor or king, is above the law."3 Ambrose's bravery tuned the culture, establishing the rule of Law above the rule of power in the West.

Calling out sin, promoting justice for the oppressed, and standing strong for the Gospel have always been a part of the Christian legacy. We need to comfort those who mourn and stand beside the fearful. Non-Christians who wish to uphold natural marriage or protection for the unborn feel confident the church stands with them in their fight for justice. We need to work harder so those in the black community hold similar feelings.