Morality Must be More than Increasing Happiness 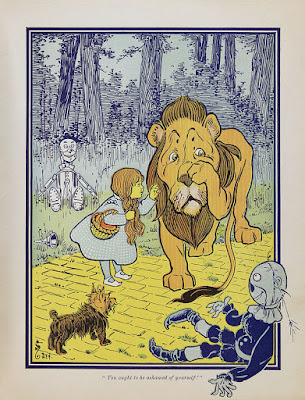 Moral knowledge is something people take for granted. We understand that someone who inflicts pain and torture for recreational purposes is evil. That's why the rapist is so reviled. It shows morality as something objective, not merely a preference to be held. Moral values and duties must be anchored in God to be meaningful.

Yet, people don't like to admit an objective morality means they themselves may be morally culpable for acts they choose. So they try to escape the consequence of objective morality. Some do this by trying to claim that morality isn't objective but relative. This reduces them to state absurd conclusions like rape may be morally justified. Others try to ground objective morality in something other than God. I think those folks don't really have an appreciation for what true morality entails. Still, they offer ideas such as morality is a byproduct of evolutionary survival benefits.

One of the more popular ways to try and hold to an objective morality while dismissing God comes in the form of utilitarianism. Utilitarianism holds that increasing happiness and diminishing suffering is the measure of what's good. There are many problems with utilitarianism, but one particular problem is its definition is too narrow to identify all questions generally agreed as moral questions as being truly questions about morality. Richard Swinburne makes this point well:


For some, a belief about moral worth is simply a belief about which actions are important to do. But that use would allow the narcissist, who thinks that is important that he promote his own happiness, to have a moral view, and so it would fail to bring out the distinction which most of us make among the considerations by which we judge the worth of actions, and which I argued to have such importance. For others, a belief about moral worth is a belief about the importance of actions in virtue of their universalizable properties of a certain kind—e.g. those concerned with sex or (more widely) those concerned with the promotion of happiness or unhappiness of other people. On the latter account it would be a moral view that men ought to feed the starving; but not a moral view that men ought to worship God, or that artists who can paint great pictures ought to do so even if those pictures will be seen only by themselves. If you use 'moral' in this limited sense, you can say without contradiction 'I think that religion is more important than morality'; but on my preferred use it would be self-contradictory to assert of anything describable in universal terms that it was more important than morality. A man's morality is (with the qualification that it be not centred on self or any other particular individual) what he believes most important. My grounds for preferring my use are that so many men's beliefs about which actions are important to do are supported or opposed both on grounds which concern the happiness and unhappiness of other people and also on other grounds (e.g. whether the action shows due loyalty, pays honour to whom honour is due, involves keeping a promise or telling the truth), that confining the term to the narrower use would obscure the overlap of grounds of the different kinds in leading to beliefs about overall worth.1

Swinburne is arguing for a view of morality that is objective and prescriptive; moral values and duties are real "oughts" to which all of humanity are beholden. If something like telling the truth is valuable in itself, then morality must be larger than simply adding to the happiness of an individual or individuals. If morality is only about increasing happiness, it begs the question of whether honor has any real meaning since one can bestow false honor on another to make him or her happy. But there is something not quite right with honoring a coward alongside a hero after the battle. And the weighing of the rightness or wrongness of an action identifies it as a moral question, one that defining morality as increasing happiness alone cannot solve.