What Distinguishes a Text as Scripture? Authority Matters

How do we understand which books to fall into the frame of Scripture? Craig Blomberg, in his book Can We Trust the Bible? offers three broad attributes separating books of Scripture from other inspirational writings. Basically, these are the books of the Bible all claimed an authoritative position over the faithful adherents, they were recognized throughout the church as properly authoritative, and they were consistent in their views on the nature of God, the nature of man, and of theological concepts such as sin, salvation, and sanctification. I'd like to use Blomberg's attributes as a starting point to see at how these sixty-six books are unique and how they demonstrate that the early church didn't "pick and choose" books of the Bible on a whim, but simply recognized them for the works they were. 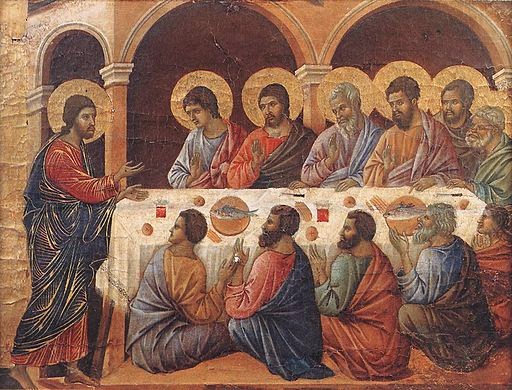 First, each of the Bible's books positions themselves to be an authoritative voice speaking on behalf of God. Many times the Old Testament prophets use the distinctive phrase "and thus saith the Lord" over and over. It's fairly easy to see how these are claiming to speak on God's behalf. Other books, like Ecclesiastes or Proverbs promise God's blessing on living a certain way. Even historical books such as Esther or Nehemiah, are instructive to show how God protects his people and what faithfulness or unfaithfulness looks like.

The New Testament continues the pattern we find in the Old. Some books have the claim to be directly from God. Paul tells the church in Corinth "the things I am writing to you are a command of the Lord" (1 Cor 14:37b). He cements his message as being divine in Galatians where he writes, "For I would have you know, brothers, that the gospel that was preached by me is not man's gospel. For I did not receive it from any man, nor was I taught it, but I received it through a revelation of Jesus Christ." In the book of Revelation, John not only claims that it is prophecy, but he warns that to tamper with its message invites God's wrath. The Gospel accounts are authoritative in that they portent to be the accurate recording of Jesus's ministry and teaching. Acts fits the historic genre of Esther and Nehemiah, and also acts to instruct the church through its historical accounts of God's expansion of his mission through his provision and protection for his faithful followers.

One of the key ways the early churches recognized the authoritative nature of the texts was by examining their nearness to those who were given authority by Jesus. Apostolic authors, like Peter, Paul, Matthew and John were recognized as having proper support, since they were hand-picked by Jesus to spread his word. Others, like Mark and Luke's gospels were directly connected to the apostles, either Peter or Paul. James was the head of the early church and the apostles recognized his leadership (Acts 15:13, Gal. 2:9). Jude was Jesus's half-brother, mentioned in Matthew's gospel (13:55), and full brother of church-leader James. His letter opens with his recognition as a servant of Jesus and takes up the authoritative position as one instructing the church on God's behalf to content for the faith.

This leaves only Hebrews as somewhat controversial, primarily because it is written anonymously. While the author is now lost to history, it does claim to be authoritatively speaking on behalf of God in the first verse. The writer also claims to have been privy to first-hand accounts by those who heard directly from God and to have witnessed the confirming signs and wonders of God as to the validity of his message (Heb. 2:3-4).

Of course, claiming authority simply isn't enough to prove any writing belongs in the Bible. The early church had the Old Testament established and authenticated by Jesus himself, making those 39 books authoritative. But the New Testament texts had to be recognized and compiled. Apostolic authority or recognition went a long way in that regard. The fact that second and third century forgeries began to appear bearing the names of apostles long dead demonstrated just how important this was. But the New Testament texts offer more than simply a claim to apostolic authority. Tomorrow, I'll look at the second attribute that all scripture shares: universal acceptance.
Posted by Lenny Esposito at 1:21 PM
Labels: apostles, Bible, canon