Tips for Sharing Your Faith: #3 – Give them enough rope

I've been gathering several tips for Christians to better share and defend their faith when talking with those who hold to different beliefs. If you've missed any of the other posts, you can read them all here.

One of the biggest errors Christians make in faith conversations is they think they are the ones who have to do all of the defending. I've heard from so many Christians how they would be talking with a skeptic who would shoot off about four or five objections to the faith, like "how can you really believe a man rose from the dead, " "How can you know the Bible is from God," or "What makes you think your interpretation is true?" In many of these situations, the Christian will try to answer every objection thrown at him only to find that the objector has many more waiting in the wings. 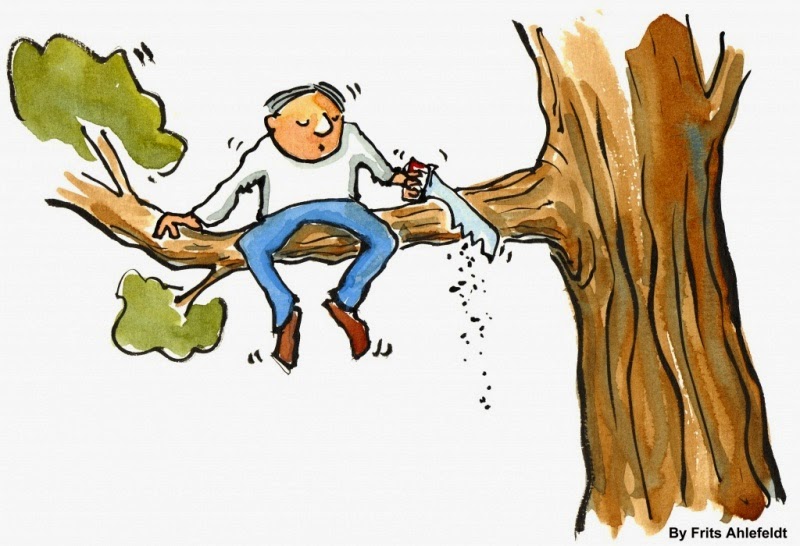 Sometimes objections are simply thrown out as stall tactics, something I will talk about next time. However, more often it's a signal that the person is desperately trying to hold onto his or her own belief by undercutting yours. But real dialogue doesn't work that way. I have always held that the reason-giving game goes two ways. If someone wants to know why you think the Christian worldview makes sense, you may answer, but then you have every right to ask them about the problems within their own worldview.


Make sure they know what they're talking about

Napoleon has been quoted as saying "Never interrupt your enemy when he is making a mistake." When you begin to ask questions, you may be surprised to find that the skeptic doesn't know quite as much about his own beliefs as he thinks. As an example, columnist Thomas Sowell tells of a time where he asked the simple question of "what do you mean by that" and it completely unraveled his challenger:


As someone who has taught at several colleges, I am all too painfully aware of the erosion of thinking over the years. But even after leaving the classroom, I have continued to encounter the same mindlessness everywhere. For example, an environmentalist to whom I presented certain facts responded by saying, "But, they're raping the planet!"

"What specifically does that mean?" I asked.

He was as speechless as someone who had just played the ace of trumps and was then told it was not enough to win.1

When in conversations, you should always make sure the other person can define their terms appropriately. "What do you mean by that?" is a very powerful question that asks the skeptic to go beyond trite or repackaged objection. It also helps you see if they truly have understood the issues involved. It cuts down on misinterpretation, as well. Many times what they mean when they say words that can carry a technical meaning and what we hear can be two different things. Mormons will freely admit there is one god – but they mean one god for them. Clearing up these types of confusion can be a big step forward.

Beyond misdefinitions, another key to showing the problems with other worldviews is to identify positions that the skeptic holds that contradict each other. In other words, there are certain positions that cannot possibly both be true at the same time.

Here are some other self-refuting statements that are common when talking about faith, as well as follow-up questions you can give:
There are many other ways to approach self-refuting statements. I've written a bit about other self-refuting positions here and here. But the big takeaway here is to make sure that you aren't only playing defense in your faith-talks with others. One of the biggest advantages you have as a Christian is the Christian worldview is both externally and internally coherent and it provides a better explanation of the world that other belief systems.

It is not only Christians have to account for and justify their beliefs; everyone does. The reason-giving game goes both ways. So probe a bit and see if you can uncover the other person's confusion about their beliefs. You might be surprised at what you find.