The Supreme Court decision in the Town of Greece v. Galloway case is a step in the right direction for religious freedom. The case centered around Greece, a Rochester, NY suburb, inviting local pastors to open their town meeting in prayer. The town did not preview the prayers nor did they limit the invitation to any religious affiliation; they simply opened the opportunity up to local clergy. It so happened that the clergy who asked to be included were all Christians and they (understandably) prayed Christian prayers. 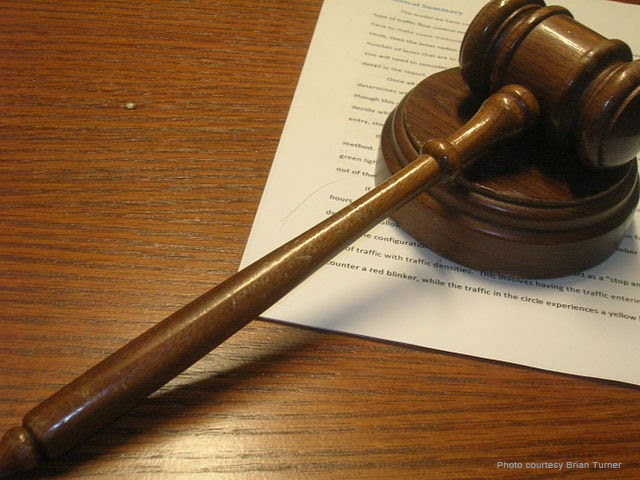 However, the overt Christian terminology used in the prayers bothered at least two town residents (identified by USA Today as an atheist and a Jew) who filed suit and petitioned the court not to ban the practice of opening the meeting with prayer, but "to limit the town to 'inclusive and ecumenical' prayers that referred only to a 'generic God.'"1 The Second Circuit Court of Appeals had upheld the lawsuit, but the majority of the Court disagreed and overturned the verdict on a 5-4 decision. Writing for the majority, Justice Kennedy made some lucid points about the problems with the suit. I'd like to look at some key points. (All emphasis in the quotes below is mine.)


The Historical Precedent for Prayer

First, Kennedy pointed to both the historical and legal precedent for allowing government meetings to be opened in prayer. Citing both a 1983 decision (Marsh) on the government funding of chaplains and a 1989 case of groups displaying specifically religious holiday displays on public lands, Kennedy writes:


There is historical precedent for the practice of opening local legislative meetings with prayer as well. Marsh teaches that the Establishment Clause must be interpreted "by reference to historical practices and understandings." … Respondents' insistence on nonsectarian prayer is not consistent with this tradition. The prayers in Marsh were consistent with the First Amendment not because they espoused only a generic theism but because the Nation's history and tradition have shown that prayer in this limited context could "coexis[t] with the principles of disestablishment and religious freedom."

Kennedy further notes that the First Congress, just after crafting the First Amendment, voted to appoint chaplains and they opened their meetings in prayer, thus demonstrating that their intent was not to quell these activities.


The Problem of Governmental Censoring of Prayer

Kennedy then notes that if the law were to require governmental agencies to preview and approve or disallow specific prayers based on their use of sectarian language, it would create a much bigger problem. It would, in effect turn a bureaucrat or the court itself into the faith police. This would open up a can of worms. Government, the courts, or even the majority view judging which prayers should be banned and which are permissible becomes subjective and makes government more involved in religion than the current practice does.  He writes:


To hold that invocations must be nonsectarian would force the legislatures sponsoring prayers and the courts deciding these cases to act as supervisors and censors of religious speech, thus involving government in religious matters to a far greater degree than is the case under the town's current practice of neither editing nor approving prayers in advance nor criticizing their content after the fact. Respondents' contrary arguments are unpersuasive. It is doubtful that consensus could be reached as to what qualifies as a generic or nonsectarian prayer. It would also be unwise to conclude that only those religious words acceptable to the majority are permissible, for the First Amendment is not a majority rule and government may not seek to define permissible categories of religious speech.

Understand that the Government isn't the Final Word

Another salient point Kennedy makes is that respectful, ceremonial prayer before a government assembly, no matter which creed administers it, serves a function for all. By appealing to God and asking a blessing on the proceedings, the invocation essentially declares that governments and those that run them are never the last word. People are fallible. Political organizations are fallible. We must recognize that while our representatives seek to make the right decisions and serve the will of the people as best they can, their decisions are not themselves foolproof.


The tradition reflected in Marsh permits chaplains to ask their own God for blessings of peace, justice, and freedom that find appreciation among people of all faiths. That a prayer is given in the name of Jesus, Allah, or Jehovah, or that it makes passing reference to religious doctrines, does not remove it from that tradition. These religious themes provide particular means to universal ends. Prayer that reflects beliefs specific to only some creeds can still serve to solemnize the occasion, so long as the practice over time is not "exploited to proselytize or advance any one, or to disparage any other, faith or belief."

Even those who disagree as to religious doctrine may find common ground in the desire to show respect for the divine in all aspects of their lives and being. Our tradition assumes that adult citizens, firm in their own beliefs, can tolerate and perhaps appreciate a ceremonial prayer delivered by a person of a different faith.

The Difference Between Offense and Coercion

The last key phrase I'd like to point out is one that I would hope extend well beyond this particular decision. Our culture today is sick. People have assumed that the pursuit of happiness somehow means that they should never feel any discomfort or disagreement while participating in a public function. Kennedy succinctly dismisses this claim:


In their declarations in the trial court, respondents stated that the prayers gave them offense and made them feel excluded and disrespected. Offense, however, does not equate to coercion.