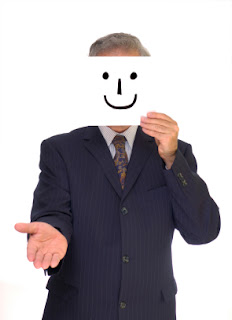 We are all familiar with dog lovers versus cat lovers, Coke versus Pepsi, Mac versus PC; people like to divide themselves by their preferences. However, there are some things that are divided not by preference, but by the facts of the matter. Whales and dolphins, for example, look like fish, live in water like fish and swim like fish. However, they are not fish but mammals. We know this because mammals have certain essential features that fish don't have. There is a nature to fish and a nature to mammals, and whales and dolphins have a mammalian nature. No matter their preference, their nature says "you are a mammal, not a fish."

In my last two posts, I've begun to explain some identifying characteristics of any religious movement that could be defined as a cult of Christianity. While the word cult immediately evokes mind control or armed compounds, it's more formal definition much more broad. As I've explained before, the word is used to express the idea of being seduced away from the historic Christian faith. That is really the third marker of cult of Christianity: it is any sect that claims to be Christian but teaches a denial of one or more of the essential doctrines that make Christianity what it is.

What are some of the essential doctrines of Christianity? Well here are a few:
Other essential doctrines include the nature of man, the Second coming, and the person and work of the Holy Spirit. These beliefs have provided the framework for Christianity since its very beginning. The early church fathers were very careful when teachings that contradicted these would be offered; they would ultimately censure the teachers as heretics. Heresy is another word that has been weakened in modern times, but it is a proper label for these modern movements that attempt to supplant the truth of Christian theology with their own.

Heresy used to be a more serious charge as people understood that by changing any essential doctrine also changes the nature of the belief. It would be like claiming to be a fish but not having gills. For while these movements may look Christian on the outside, their nature shows they are not what they claim to be.

[4] McClane, Joe. "Understanding the Jehovah's Witness Teaching of the Ransom Sacrifice and the Atonement." Accessed online at http://www.joemcclane.com/ROB/ransom.pdf> 8/2/2013