Who Should Be Able to Speak in the Abortion Debate? 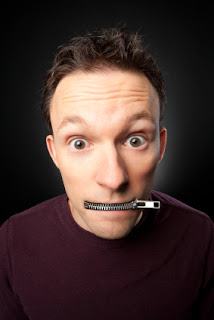 During her filibuster to try and stop the Texas abortion bill that was just signed into law, Texas state Senator Wendy Davis said, "This legislating is being done and voted on—look around the room—primarily by men." In making that statement, Davis invoked an argument that has been used many times in the abortion debate: that since men cannot get pregnant they lack the real knowledge of what abortion means for women. A blogger at the Abortion Gang web site makes the same claim even more clearly when she writes:


"I want to silence all the male voices in the abortion discussion… In fact, the majority of persons in government who are anti-choice, are men. And none of them can get pregnant. The people who are making decisions that affect the lives of women, CAN'T EVEN GET PREGNANT! And so, I want to silence the voices of all men." (Emphasis in the original.)

The interesting thing, though, was that the Davis clip was featured on Rachel Maddow's news talk show on MSNBC. If you don't know, Maddow is an open lesbian who says she's in a committed relationship with her partner, Susan Mikula. So, other than spending a lot of money on insemination treatments, Maddow has the exact same chance of getting pregnant as any man in the Texas state government: none at all. Yet, Maddow felt she was quite in the right to discuss the issue and lead with this argument by Davis.

If pro-abortion supporters like Davis and the Abortion Gang are going to argue that the opinion of someone who cannot get pregnant should count less than those who can, then thy should be consistent and ban lesbians from the debate. In fact, they should have no infertile women or post-menopausal women speak to the issue, either.

It is clear that a standard such as the ability to get pregnant falls woefully short of a good argument in whether such a bill as was before the Texas representatives should be passed. Davis knows this and she was hoping to trade on people's emotions rather than making real arguments. Maddow seems to have bought it, even though her actions in engaging with the debate directly contradict the point that Davis implies. Such contradictions are worthy to be ignored.
Posted by Lenny Esposito at 11:39 AM
Labels: abortion, culture, debating, equality, government, logic, objections