Who Resurrected Jesus from the Dead?

During Easter, there tends to be more focus on the claims of Christianity than at other times of the year, and many groups seek to take advantage of that focus. I had noticed an increased amount of activity in our neighborhood by Jehovah's Witnesses, handing out their recent Watchtower magazine. A Frequently Asked Questions feature from the magazine makes the argument that the Resurrection proves that Jesus was not God. But does this make sense? 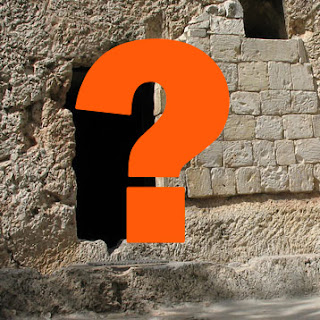 Quoting from the magazine, they ask "If Jesus is God, as some churches teach, who resurrected Jesus?" And they provide the following answer:


"Jesus is not God—whose name is Jehovah—but he is the Son of God. Jehovah resurrected Jesus from the dead" (Romans 10:9). One Bible scholar comments: 'It is unthinkable that anyone—even Christ—could raise himself.'"

The Watchtower's answer is a bit sparse. It references only Romans 10:9, which reads, "If you confess with your mouth that Jesus is Lord and believe in your heart that God raised him from the dead, you will be saved." Does this verse show that Jesus couldn't resurrect Himself?  No, it doesn't, and it's disingenuous to posture that a single verse is the end of the question.  So who is responsible for the resurrection of Jesus?

First, we can't ignore the testimony of Romans 10:9. However, that simply states that God raised Jesus from the dead. Even the Jehovah's Witnesses own New World Translation reads the verse as "For if you publicly declare that 'word in your own mouth,' that Jesus is Lord, and exercise faith in your heart that God raised him up from the dead, you will be saved." So, God did it.  This is consistent with other teachings that God alone has power over life and death.  Genesis 2:7 shows God is the one who breathes the breath of life into Adam. Jobs says God alone granted him life (Job 10:12), and gave him the breath of life (Job 33:4). Ecclesiastes 12:7 also confirms that on death, "the spirit returns to God who gave it." We thus conclude that only God has the power over the giving of life. Christians and Witnesses can agree on this point.

We now need to refocus on the first part of the question, is Jesus God? It seems to me that if Jesus had the power to resurrect people, it would clearly follow that Jesus is God. I can build an argument this way:
There are a couple of key verses where Jesus explicitly claims that He has the power over His own life. In John chapter 2, Jesus drives out the merchants and the moneychangers from the Temple and the Jewish religious leaders were incensed. They demanded to know what proof Jesus could offer to justify His judgment of spiritual propriety. Jesus responded "Destroy this temple, and in three days I will raise it up." John then clarifies Jesus' statement and writes, "But He was speaking of the temple of His body."  Jesus reiterated His power over His own life and death in John 10:17-18 when He says, "My Father loves Me, because I lay down My life that I may take it again. No one takes it from Me, but I lay it down of Myself. I have power to lay it down, and I have power to take it again. This command I have received from My Father."

It is clear that Jesus claimed to have the power to resurrect Himself. The Bible also claims that God the Father raised Jesus from the dead, (see Acts 5:30, Galatians 1:1 among others) and that God's Holy Spirit raised Jesus from the dead (Romans 8:11, 1 Peter, 3:18). So we have all three persons of the Trinity involved in Jesus' resurrection. Given the crucial aspect of the Resurrection to God's plan, that is no surprise.

Of course the Watchtower doesn't mention any of this. Instead, they follow up their claim with a quote from some unnamed "Bible scholar" who says, "It is unthinkable that anyone—even Christ—could raise himself." But why doesn't the Watchtower say who this supposed scholar is? Why don't they cite the source of the quote? If death is the separation of the soul from the body as Ecclesiastes 12:7 states, then Jesus doesn't cease to be upon death but His spirit is active and capable of exerting power.  This isn't an unfathomable thing. The Watchtower doesn't like this conclusion, though, because it contradicts two main points of their skewed theology, that Jesus is God and that the soul survives death. Rather that undermining the Trinity, the fact that Jesus raised Himself from the dead strengthens His claim to deity. Any other answer simply falls short.
Posted by Lenny Esposito at 10:58 AM
Labels: Easter, Jehovah's Witnesses, resurrection, scripture, theology, Trinity, witnessing