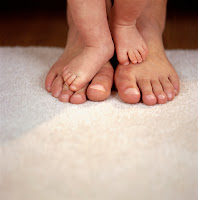 One of the things I like to do in the morning is read the Opinion section of the Los Angeles Times. It gives me a bit of insight into how people on both sides of an issue are thinking. But I can also see how reactionary or inconsistent certain points of view can be.

In yesterday's paper, LA Times columnist Jim Newton authored a piece where he voiced his concern about the upcoming Los Angeles City elections. Entitled "An all-male City Council?" , it decries the absence of women in the civic races, stating it is quite possible that all 18 positions could be filled by men.  He writes, "at least 13 of 15 council seats will be filled by men after July 1. The city attorney will be a man, as will Greuel's successor as controller." He then asks "Does it matter?"

Newton receives his answer from Laura Chick, a previously elected city official. Chick responds "Absolutely it makes a difference. Our brains are different. We have different perspectives…. There's something terribly wrong with this." The term for someone serving on the Los Angeles City Council is four years, so it. Newton calls such a scenario "a startling setback".

I agree with Chick on her assessment of women and men.  Women do provide a different perspective and they are wired to think differently. However, today, the Los Angeles Times editors provided their endorsement for same-sex marriage dismissing the argument that such configurations would be harmful to children.  The editorial proclaims, "The notion that same-sex couples cannot be loving and competent parents is not supported by research, and in any event children already are being raised by same-sex parents even where same-sex marriage is not legal."

Leaving aside the false way the editors framed Justice Kennedy's concern, I think it's clear how inconsistent the Los Angeles Times is showing itself to be.  To have only single sex representation on the City Council "absolutely matters." It would be a "startling setback" for the city whose council members only serve for four years and still have access to the thoughts and understanding of both male and female constituencies.  This is because men and women have different brains and different perspectives.  However, to have a same-sex couple rear children for eighteen years is not a problem at all, because it's happening. But how is it possible that both can be true?

Men and women are different, and they act differently as a result. The idea that they have different brains means the sexes are not interchangeable; biology matters. If an absence of a sexual perspective matters for a four year term, it most definitely matters when it's missing from the home life of a developing child for all of his or her formative years.  The primary way children learn to understand how to be a man or a woman and how to interact with those of the opposite sex is through the modeling of their parents. The child of a homosexual couples are denied this.

So, which is it?  Does it matter if a city council or a family is confined to a single sex or do both sexes offer something unique to the process? If they do, then why don't the Times' editors at least admit as much?
Posted by Lenny Esposito at 11:00 AM
Labels: equality, homosexuality, marriage, media, society