What the Kalam Tells Us About God's Existence 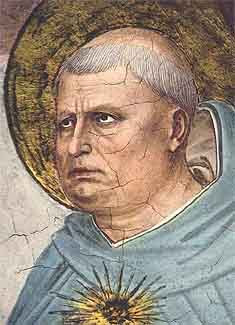 From the earliest days of philosophy, it has been noted that you can't get a something from a nothing. Now this is pretty intuitive, right? How can you get a thing out of nothing? Nothing by its very nature is a no-thing. The universe is a created thing. It would seem then that the universe couldn't come from nothing, but had to come from something else. This concept didn't escape a brilliant Catholic philosopher named Thomas Aquinas who lived in the 13th century. He used the idea to build his argument for the existence of God. Aquinas argued that God must be the ultimate cause five different ways, but the biggest one, the one that draws the most attention, is what we call the First Cause.

Aquinas noticed that no matter what you look at, no matter what you see or experience, it is tied to some kind of an event; something happened. A baby is born or a person dies; whatever the event, it will have a cause associated with it. So for example, the fact that I'm alive means there's a cause for the existence of my life. Like our questioner above, Aquinas started working his way backwards. Well, if that had a cause, then this had a cause, and this had a cause… And all of these things we see simultaneously have causes. It may be a single cause, it may be a complex set of causes, but they all have a cause someplace. So there's this huge chain of events that have to lead back somewhere. What was the first cause? So Thomas Aquinas argued that God would be the First Cause. He would be the un-caused cause. And that was his big push for the five ways; God is this un-caused cause.

As I've shown in a previous blog post, the idea that the universe is infinitely old doesn't make sense anymore. Because we can show the universe had a beginning, I want to restate the argument from existence in a way that gives more clarity to what we're really trying to prove.

Given that we can show the universe had a beginning, I want to restate the argument from existence in a slightly different way, one that gives more clarity to what we're really trying to prove. We have already agreed that a thing cannot come from nothing. In saying such, we are also claiming that the "thing" in question has a beginning. So a better way to state our argument is, "Whatever begins to exist has a cause." Put into a formal logical structure, the argument from existence can be framed this way:
This is known in logic as a syllogism, which means that if the first two claims are true, then the third sentence must be true. Either the universe began to exist, or it didn't. And if the universe began to exist, it couldn't be caused by nothing (since there's nothing there to make it happen) and it couldn't have caused itself (since it doesn't yet exist). Whatever begins to exist has a cause. The universe began to exist. Therefore the universe began had a cause. This specific argument for creation has been known for some time by philosophers, and it even has a name: the Kalam Cosmological Argument. The name may sound daunting, but all we really need to know is the simplicity of the argument.


What we can deduce from the Kalam

But we can learn more as we reflect on our understanding of the universe. We can see the cause for the universe can't be material, because all matter is included within what we call the universe. Also, the cause must be outside of time, because according to Einstein, time, space, and matter are all joined together within our universe. That also means that the cause can't have any kind of a spatial dimension either. So we have a cause that's outside time, outside space, and without mass; a cause that is something that may be classified as an eternal spirit.

We can continue to draw certain inferences about such a cause the more we think about it, and although these are not proofs I think they are interesting in that they do follow logically from what we've already discovered. First, the cause would have to be a mind, not a mere force. I say this because the cause for creation must have some type of will or desire to create; the mechanical laws of nature don't yet exist so a brute force doesn't make sense. In other words, there was a point at which this cause decided, "The universe should be." And the universe was. So although the Kalam Cosmological Argument doesn't necessarily prove the Christian God, it comes pretty close to showing a Creator that is basically an all-powerful mind choosing to act upon nothing who then creates everything.
Posted by Lenny Esposito at 11:48 PM
Labels: Aquinas, existence of God, kalam