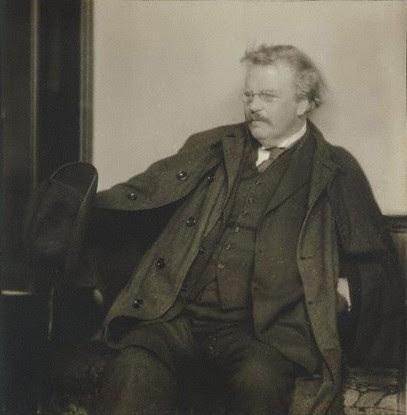 "For we must remember that the materialist philosophy (whether true or not) is certainly much more limiting than any religion. In one sense, of course, all intelligent ideas are narrow. They cannot be broader than themselves. A Christian is only restricted in the same sense that an atheist is restricted. He cannot think Christianity false and continue to be a Christian; and the atheist cannot think atheism false and continue to be an atheist. But as it happens, there is a very special sense in which materialism has more restrictions than spiritualism. Mr. McCabe thinks me a slave because I am not allowed to believe in determinism. I think Mr. McCabe a slave because he is not allowed to believe in fairies. But if we examine the two vetoes we shall see that his is really much more of a pure veto than mine. The Christian is quite free to believe that there is a considerable amount of settled order and inevitable development in the universe. But the materialist is not allowed to admit into his spotless machine the slightest speck of spiritualism or miracle. Poor Mr. McCabe is not allowed to retain even the tiniest imp, though it might be hiding in a pimpernel.