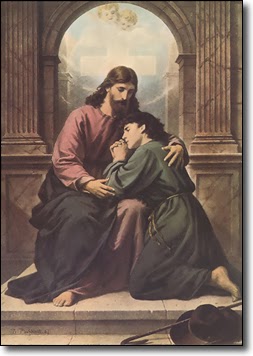 Next time you have a witnessing opportunity, think a minute before you answer.  See where the person you’re talking with has needs.  Meet him or her there.  Sometimes the smartest thing you can do is to stop being smart and start feeling.
Posted by Lenny Esposito at 9:41 AM
Labels: apologetics, knowledge, learning, witnessing