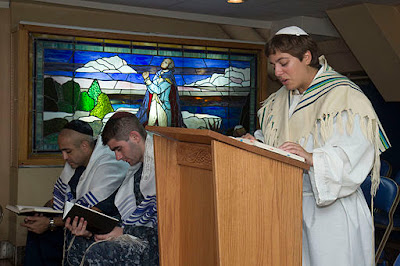 Is God just in punishing one person for the sins of another?

"How can it be fair to punish one person for the sins of another?" When I speak about the atonement, it's a question I've received more than once. "It doesn't seem for God to punish one person for the acts of another. Imagine a rapist whose brother volunteers to go to jail for him. A righteous judge would never accept such a thing! It wouldn't bring justice to the rapist, and it wouldn't bring justice to the victim, no matter how morally upright his brother is. How then can God punish Jesus for our sins and still be considered righteous?" 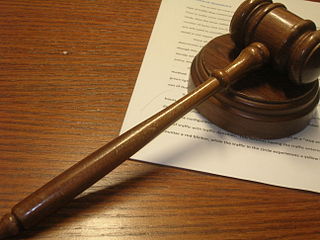 I think this is a good question and one that isn't addressed frequently enough in our understanding of salvation. There does seem to be something amiss here, but I think much of that is a misunderstanding based on the analogy used to explain the concept of atonement to begin with. In the past, I've even used courtroom analogies to try and show how God's love and His justice can be met simultaneously. But I've probably not done the best job in explaining this particular facet of the atonement. Let's take a look at what sin actually is and why Jesus' death can be accepted as full payment for our violation before God.

Over the next few posts, I will answer this objection. Today we'll see that people are only judged by God on how they violated of his laws. In the next couple of posts, I will talk about how God is justified in setting the appropriate punishment for violations against His laws and why the atonement is a more just and more fair solution to sin than even punishing the most heinous of sinners.


1. One can sin only against God

The problem here is one of equivocation. I agree that people can wrong, hurt, and abuse other people. But as I've explained before, sin is an absence of doing good, doing what is required of you. When we sin, we violate God's law because we don't do that which He as our Creator has set as our proper standard of conduct. Our sin may be due to an act against an individual, but it is not the laws of the individual I have violated. Another person does not inherently have a moral claim upon me. It is God to whom we are answerable because it is God who created us. God is also the source of moral law. Therefore, the condemnation resulting from sin is not primarily because one violated another's interests, but because he violated God's laws on how he should act.

In the book of Genesis, Joseph was tempted by Potiphar's wife to sleep with her. In resisting, he did not say he didn't want to violate Potiphar's trust. He said that he could not sin against God (Gen. 39:9). Similarly, after David, was confronted for taking Bathsheba in adultery and having her husband killed in battle, he said "Against You, You only, I have sinned and done what is evil in Your sight, So that You are justified when You speak And blameless when You judge" (Psalm 51:4). It is the fact that the sinner trespassed God's will that makes him accountable before God.

Our modern judicial system does make this distinction as well. We can agree that one person sleeping with the wife of another is immoral; however a person cannot be put in prison for doing so. You cannot bring criminal charges against an individual for adultery in a court of law in the United States since the person has not violated any laws. However, if a person takes a married woman and forces sex upon her, he or she can be put in jail for rape, which is against the law.

Because God is loving, His law includes prohibitions against hurting others, but we has His creation are answerable first and foremost to Him. It is His law to which we are obligated, and when we transgress we break that obligation. This is why Jesus created such a stir with the Jewish leaders when he told the paralytic that his sins were forgiven. If sin is a violation of God's laws, then only God has the authority to forgive such transgressions, just as the authority the state holds to press charges even when a victim declines.

This sets the stage for the atonement, but it doesn't answer the question fully.  Even if God is the one offended, how is crediting the offender with the punishment of another just? We'll look at that aspect tomorrow.
Posted by Lenny Esposito at 2:00 PM 5 comments:
Labels: apologetics, atonement, justice, sin, theology
Older Posts Home
View mobile version
Subscribe to: Posts (Atom)