Islam, Jihad, and Claims of a Religion of Peace 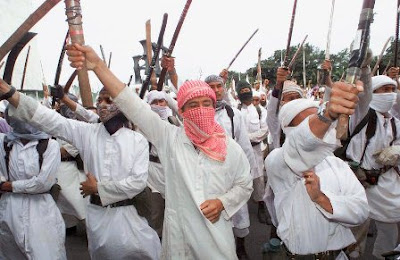 Is Islam a religion of peace? Realize that is not the same question as "are Muslims peaceful?" I have many Muslim friends and I can answer with assurance that they are not only peaceful, but they stand aghast at the various terrorist atrocities taking place in the name of Islam across the globe. They hate the fact that the religion with which they identify would be associated with such wanton evil.

While it is possible that for the most part the second question may be answered affirmatively, it doesn't follow that the answer to the first question is also yes. Islam has a history and an ethic beginning with the teachings of the Qur'an  and continuing through the lives of Muhammad and his successors that must also be weighed.

Nabeel Qureshi grew up in a devoutly Muslim home. He was passionate about his faith, frequently engaging Christians in conversations and defending his faith against any detractors, usually with considerable success. However,when Nabeel went to investigate the teachings of Islam regarding jihad, he discovered a disjunct between what he thought his faith held versus its enshrined teachings. In his book Answering Jihad: A Better Way Forward

. he explains how the monumental event of September 11 caused a seismic shift in his understanding of his faith:


When the twin towers fell, the eyes of the nation turned to American Muslims for an explanation. I sincerely believe September 11 was a greater shock for American Muslims like my family than for the average American. Not only did we newly perceive our lack of security from jihadists, as did everyone else, we also faced a latent threat of retaliation from would-be vigilantes. It felt as if we were hemmed in on all sides. In the midst of this, while mourning our fallen compatriots and considering our own security, we had to defend the faith we knew and loved. We had to assure everyone that Islam was a religion of peace, just as we had always known. I remember hearing a slogan at my mosque that I shared with many: "The terrorists who hijacked the planes on September 11 also hijacked Islam."

Many Americans proved understanding and received our responses graciously. They joined us in denouncing terrorists, asserting that they were not representative of Islam. Others, including friends at my university, were not so compliant. They pushed back, pointing to the violence in Islamic history. Given the prevalence of warfare throughout the history of Islam, they asked how I could argue that Islam was a religion of peace.

In that defensive posture, discussing the matter with people who appeared unfriendly to my faith, it was a knee-jerk reaction for me to say whatever I could to defend Islam. But when I was alone with my thoughts, I could ask myself honestly: What does Islam really teach about jihad? Is Islam really a religion of peace?

I began to investigate the Quran and the traditions of Muhammad's life, and to my genuine surprise, I found the pages of Islamic history dripping with violence. How could I reconcile this with what I had always been taught about Islam? When I asked teachers in the Muslim community for help, they usually rationalized the violence as necessary or dismissed the historicity of the accounts. At first I followed their reasoning, but after hearing the same explanations for dozens if not hundreds of accounts, I began to realize that these were facile responses. Their explanations were similar to my own knee-jerk responses to non-Muslims who questioned Islam. Of course, I understood why they were doing it. We truly believed Islam was a religion of peace, and we were interpreting the data to fit what we knew to be true.

But was it true? After years of investigation, I had to face the reality. There is a great deal of violence in Islam, even in the very foundations of the faith, and it is not all defensive. Quite to the contrary, if the traditions about the prophet of Islam are in any way reliable, then Islam glorifies violent jihad arguably more than any other action a Muslim can take.1

Many Muslims, especially those in the West, have been deeply influenced over the centuries by Western thought and ideals. It shouldn't surprise people if Muslims then interpret Islam in a more peaceful way, even if that isn't the authoritative teaching of the faith. I've made the point before that since the Qur'an calls for violence and Muhammad—the model of living out the Islamic ideal—practiced it, it is more reasonable to understand Islam as a violent warrior faith.

. It provides a sensitive yet clear understanding of Islam's teaching on Jihad and how Christians can respond to such an important topic.