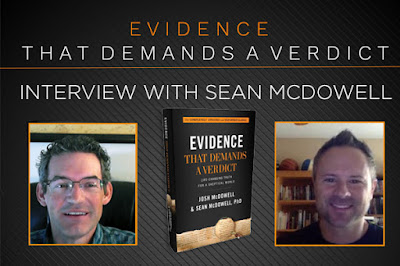 One of the first popular apologetics books released was Josh McDowell's Evidence That Demands a Verdict in 1972. But much has changed in the forty-five years since that initial publishing. Now, Sean McDowell has partnered with his father to release a completely updated and revised Evidence for the 21st century. In this interview, Lenny and Sean discuss how the new content and contributions from dozens of the latest scholars make this a new staple in apologetics reference books for years to come.
You may download the inteview ansd listen later by clicking here.
Posted by Lenny Esposito at 2:03 PM
Labels: apologetics, book review, books, evidence, podcast, resurrection, Sean McDowell