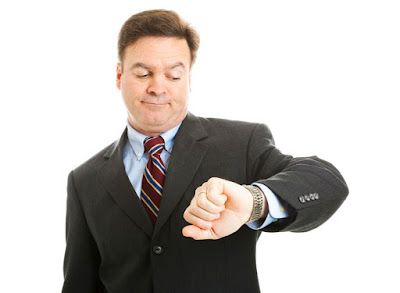 "Do you take the Bible literally?" I've been asked that question countless times, usually by atheists or skeptics, but sometimes by others who want to understand my point of view. But like most questions about important things, this one is a little over-simplified and unclear. Much of the confusion comes in from the use of the words "take" and "literal."

In asking whether I take the Bible literally, what is it the questioner actually wants to know? Do I hold to a literal understanding of every sentence in Scripture? If that is his question, my answer is definitely no. But that doesn't mean that I don't hold the Bible as inspired, truthful, or authoritative. It doesn't mean that I believe there are mistakes in the Bible. I don't think there are. What it means is, just like any other important text, I must seek to understand the meaning the writers intended to get across.

For example, I once received a response from an atheist to my article "How Do I know the Bible is REALLY from God?" who said the Bible cannot be true by citing Psalm 58:8, which reads "Let them be like the snail that dissolves into slime." He claimed this shows a scientific error in the Bible, since we know that snails don't really dissolve as they travel. Of course, my interlocutor was wrong. The Psalms are a collection of Hebrew poetry and as such one should expect them to use imagery and metaphor to make a larger point. It seems pretty evident that even ancient peoples without laboratories would be clever enough to know that snails don't actually dissolve.

In taking this verse literally, the critic actually abused the text. He tried to make it mean something the author never intended. If you doubt this, then start your stopwatch the next time your spouse tells you that he or she will be there "in a minute" and chastise them if they hit 61 seconds or more. Such actions disrespect the person making the statement.

Perhaps the questioner doesn't mean one must take every colloquialism or figure of speech as literal. Perhaps they are asking whether I take the Bible to be understood as literally versus symbolically. But this simply moves the problem back one level. Symbols are part of the Bible's makeup. The "talking snake" that atheists like to deride in Genesis chapter three is explained to be a symbolic reference to Satan in Revelation 12:9. In fact, even the most conservative of Biblical scholars readily acknowledge that Revelation is awash in symbols pulled from other Old Testament books. Similarly, Jesus primarily used parables to teach people about the Kingdom of God and how they should act.

To say that I take the Bible literally instead of symbolically doesn't clarify whether I believe Jesus has commanded to help only people who I find beaten in the street like the Good Samaritan or whether I take his teaching in a broader context. I must place it against all I know about Jesus and what he taught, the context in which he presented the teaching, and the type of literature in which it is presented. Since the Gospels are a form of ancient biography, I can believe that Jesus literally taught the concept of helping even those you see as enemies, but he used a form of symbolism to do so.

So, how do I answer when someone asks "Do you take the Bible literally?" I respond by saying "I take the Bible seriously." I want to know what the authors of those books intended to convey. In want to understand their teaching and learn from it. If they intended the account to be historical, then I will take it as history. If they intended it as metaphorical, I want to take it that way. In all, I want to respect the text and understand it to the best of my ability. That's the proper approach.
Posted by Lenny Esposito at 12:12 PM
Labels: apologetics, Bible, hermeneutics, skeptics