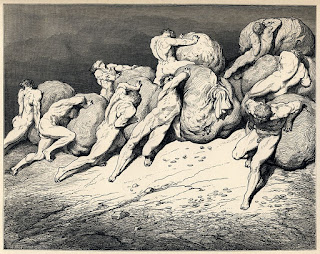 Humans are created to be immortal, thus their choices will have a very real effect on their immortal existence. Humans are beings that hold the ability to make meaningful choices. That means even after physical death, they can choose to continue in a state of sin and rebellion against God. Thus ongoing torment is a reflection of ongoing sin in the hearts of the rebellious. To me, this doesn't seem cruel or nonsensical at all, but the tragic result of free creatures who have been given the ability to make decisions for themselves.
Posted by Lenny Esposito at 1:01 PM
Labels: eternity, Hell, imago dei, justice, morality