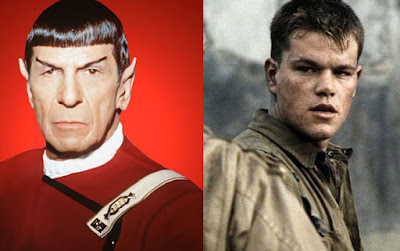 Morality is real. There are ways one should or should not act. There are values and duties that attach to being human, such as killing babies for no reason other than pleasure is always wrong. Some people don't agree with this view, holding morality as a useful fiction, but I will place them to one side for the moment. I think most people would agree with me that morality is a real thing; good and evil are real concepts.

I would think that most people would agree that there are certain oughts to which people should adhere. One ought not to enslave another human being, for example. The point of disagreement is rooted in where these kinds of oughts come from and why we should follow them. Atheists and humanists feel that moral laws came about because they conferred a certain evolutionary advantage to the group, as Herbert Gintis, et. al writes:


From an evolutionary viewpoint, we argue that ethical behavior was fitness-enhancing in the years marking the emergence of Homo sapiens because human groups with many altruists fared better than groups of selfish individuals, and the fitness losses sustained by altruists were more than compensated by the superior performance of the groups in which they congregated.1

In the evolutionary view of morality, it is the survival value of the altruistic act that becomes the crucial thing. Those societies that encourage helping one another, even to one's own detriment, will be "more fit" than others, increasing the survivability of the group as a whole.

Such a scenario makes some sense. If one is to save others at the cost of even one's own life, it is easy to see how survivability is increased. This is a utilitarian concept of morality that philosopher Jeremy Bentham pioneered, but most people would be more familiar with how Leonard Nimoy's character Spock voiced it in the movie Star Trek II: The Wrath of Khan. There, Spock heroically exposes himself to lethal radiation levels to save the ship, then pronounces "It is logical. The needs of the many outweigh the needs of the few, or the one."


What if Morality Contradicts Survivability?

While a utilitarian view of morality seems plausible and fits within an evolutionary framework, it runs into problems in other circumstances. For instance, let's take a different scenario of altruism, the one offered in Steven Spielberg's Saving Private Ryan. There, a platoon of soldiers is sent deep into enemy territory in order to extract one man—Private Ryan—whose three brothers had already been lost in combat. A real-life scenario similar to the film played out in the Niland family, and their four sons Robert, Preston, Thomas, and Joseph. The Canisus library reports:


Robert was killed on D-day while manning his machine-gun post in Neuville, a city not far from the beaches. Preston was killed the next day near Omaha Beach. Fritz, meanwhile, had been dropped between Omaha and Utah beaches while Thomas was involved in a glider unit that landed in France. Joseph, 25, was not involved with the invasion.

When the Army heard of the tragic story, they determined that the Nilands would not suffer the death of their last child.2

In the film, the Army seeks to do the right thing in removing Private Ryan from potential harm and restoring at least one son to the family. However, the cost is high. In order to save one person, many in the company are lost. Also, significant resources such as these battle-hardened soldiers are not spent engaging the enemy, but rescuing this one young soldier. In any analysis, it seems this situation is all about the needs of the few or the one trumping the needs of the many.

So, here's the question: does the Army act morally in the Saving Private Ryan scenario? Was this the right thing to do or was it evil? If the utilitarian ethic is all there is, that is if survival value is all morality boils down to, then sacrificing so many for the life of a single man is not only not morally good, it is the opposite. That makes it evil of the Army to order Tom Hanks and company to go save Matt Damon.3 But I think people will intuitively understand to call the actions in Saving Private Ryan evil simply doesn't work. There's more to morality that the result of survivability which means that morality cannot be as simple as an evolutionary mechanism.

In order for morality to be real, God must be real, too.

1. Gintis, Herbert, Joseph Henrich, Samuel Bowles, Robert Boyd, and Ernst Fehr. "Strong Reciprocity and the Roots of Human Morality." Social Justice Research 21.2 (2008): 241. Web. 8 Mar. 2016.
2. "The Niland Boys." The Niland Boys. Andrew L. Bouwhuis Library, July 2006. Web. 08 Mar. 2016. http://library.canisius.edu/archives/niland
3.As an aside, just how many times is Matt Damon going to need to be rescued? He's rescued from a poor life in Boston, from enemy territory, from Mars, from a planet on the other side of a black hole, and even from himself in The Bourne Identity.