Is Any Body Modification OK Just Because It's Your Body? 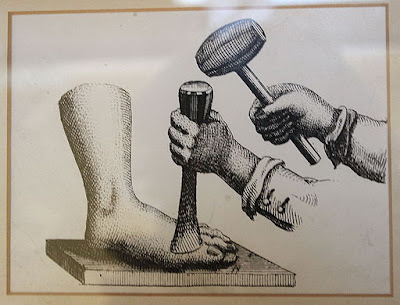 It's no secret the culture has shifted regarding the personalizing of one's body. I've been exploring the question of body modification in a series of articles where I hope to bring some clarity to this contentious issue. I first argued that the human body holds intrinsic worth; the body has value in itself as opposed to merely having value because we give it value. Thus, we should be thoughtful as Christians when thinking about any kind of body modification.

In my last article, I also said that one shouldn't discount any type of modification as some kind of violation of that worth. I offered reconstructive surgery, braces, hair plugs, or even certain forms of tattoos as examples that demonstrate one cannot simply classify any tattooing or body modification as sinful or wrong. But those fall into one aspect of the four different classifications of body modification. There are other types of modifications that are not so easily dismissed.

Further complicating the issue is the question of personal autonomy. As human beings, we know our bodies better than anyone else. We control them and they affect us, not others. If we wish to alter our bodies, shouldn't we have that right? Even some of the more extreme cases, most people are reticent to tell others they cannot do as they wish with their bodies. Take Pixee Fox, a North Carolina woman who had several plastic surgeries including 1400cc breast implants and the removal of six ribs to provide a cartoon-like hourglass shape. Most may call such actions foolish, but would they describe them as sinful or wrong?

I think there are instances where certain modifications that present themselves as violating the inherent worth of the body and shouldn't be allowed, even though they may infringe on the autonomy of the person requesting them. There are of course modifications done forcibly against one's will or before one can give consent, such as female genital mutilation. Since informed self-choice doesn't really factor into such cases, I would consider them separate issues.

I'd like to look at a group of people that are becoming better documented in medical literature. These people suffer from a condition called Body Integrity Identity Disorder (BIID) and they have the common trait in feeling that one of their body parts is foreign to them and needs to be amputated. Realize these are healthy limbs or appendages that function normally; there is nothing physically wrong with them. Those with BIID, though, "feel ‘over complete' and want to have the alien limb amputated."1 They will seek out medical intervention, although there are no hospitals that currently allow the amputation of healthy limbs.2

Many may say that such an extreme condition is clearly a mental disorder, and shouldn't be included in a discussion on body modification, but some in the medical community feel the issue isn't quite that cut and dry. Tim Bayne and Neil Levy argue that patients suffering from BIID have an autonomous right to modify their body just as those who undergo extreme breast enlargements or other plastic surgeries have the right to alter healthy body parts for their satisfaction. They note that reproductive surgeries, such as tubal ligation or vasectomy cripple healthy organs, too. They also state BIID patients "who succeed in procuring an amputation seem to experience a significant and lasting increase in wellbeing" and stop seeking to self-amputate, which is much more dangerous and has led to death in prior cases. 3

Sabine Müller points out that those suffering from BIID are not making their choice off the cuff. Instead, they have agonized over their foreign limb and they report having these feelings since childhood. She states "Because of the early onset of the disturbance of the body image, BIID patients cannot remember a life in which the affected limb was integrated into the body image."4

Annemarie Bridy argues the initial revulsion over removing the offending limb as a form of treatment may be simply showing a bias most people have. She writes:


In contemporary society, the body is regarded not as a physiological given to which we must reconcile ourselves, but as a malleable instrument of self-expression amenable to a wide range of medical and surgical interventions…

At the turn of the twentieth century, many physicians believed that cosmetic surgery undermined fundamental tenets of the medical profession by violating the ethical injunction against doing harm…. Body parts perceived to be too small are augmented; those which are thought to be too large are reduced in size or prominence. While the dramatic shift in attitudes toward cosmetic surgery hardly forces the conclusion that elective amputation will one day be as common as rhinoplasty is today, it does suggest that beliefs about the integrity of the body and the nature of bodily harm are culturally mediated and historically contingent. As anomalous as it may seem when viewed in a historical vacuum, elective amputation becomes less incomprehensible when it is viewed as a manifestation of the continuing social and cultural evolution of attitudes toward the body and its modification.5

What further complicates the issue is the question of autonomy. All of those writing on this issue underscore how important it is to respect autonomous decisions by the patient even when we disagree with their decision. Bayne and Levy point to decisions based on religious autonomy that may be harmful, such as Jehovah's Witnesses refusing blood transfusions.6  Yet, not all procedures are morally justified by claims of autonomy. Müller uses the example of an anorexic patient who deeply desires stomach-stapling surgery.7


Where Do We Draw the Line?

While Bridy along with Bayne and Levy see circumstances where they believe amputation of healthy limbs is permissible for BIID patients, I agree with Müller who sees the condition as primarily a psychiatric affliction that should be treated as such. As a Christian, I would recognize the body has a telos, that is it shows design for a purpose. To claim that one's arm or leg is foreign to the individual is to claim there is no objective telos to the body. The only value or purpose the body has is whatever the individual wishes to ascribe to it. Those with BIID are being honest in their feelings of detachment from one of their limbs and their misery in their current state. However, they seem to believe their mental state should dictate their physical state. This doesn't follow for me. Anorexics have mental states seeing themselves as fat, but it would be immoral to allow them to modify their bodies through stomach stapling or some other procedure. It is their mental understanding that is failing them.

BIID is an extreme aspect of body modification. I would argue it holds strong parallels to those who seek sexual reassignment surgery and the issues are nearly identical, although individuals who claim to be transgendered do have the opportunity to modify their bodies to match their mental state while BIID patients do  not. Why? What's the difference? One of the reasons for opposing SRS is that it also disregards the intrinsic worth of the body and gives subjective value to it.

The real question, though, is just how far down the road should Christians go? What about less drastic forms of body modification? Where do we cross the line from personal expression and harmless autonomous choices to demonstrating a subjective value for the body God gave us? Does tongue-splitting qualify? How about vasectomy or tubal ligation? These aren't easy questions, but in a future article I hope to perhaps offer some guidelines to explore them more fully.