Why Science Cannot Ground All Knowledge 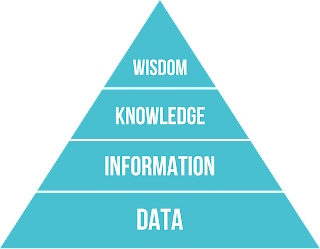 Is science the best, most assured way of learning about reality? In the minds of more and more people, the answer is "yes." Yesterday, I highlighted a quote from scientist Peter Atkins on how he relies upon science to inform him about the world, dismissing even the consideration of God's existence as "lazy." But, relying on science as the only arbiter for judging the verity of truth claims will never work, because science cannot function as one's starting point.

When explaining reality, everyone must have a starting point. For example, one may observe an event, such as a strike of lightning, and ask "what makes that happen?" A person may respond by describing how a storm cell moving across the land scrapes off electrons until the charge is to such a degree they rush back to the ground, which is reasonable scientific. The first person would be justified in asking "how do you know that?" More conversations could ensue about the structure of atoms, experimental testing and predictions, etc. But each tome, the questioner could ask for further justification for the facts being presented. Sooner or later, there must be a starting point for science.

Assuming the questioner drives his respondent back further and further (i.e. "But, how do you know that?") one will quickly see the scientific method relies upon several assumptions. The first is the world will behave consistently. Scientists assume that because electrons have behaved in a certain way in the past, they will also do so tomorrow, and next week, and fifty billion years from now. Science cannot prove this; the scientist must assume it to make predictions.

Secondly, in order to draw any conclusions at all, scientists must assume logic takes us towards the truth. Without logic, one could never infer anything. How can one infer any electron in the universe will behave in the same manner as the electrons creating the lighting strike if one cannot build an argument? The scientific method is really a logical argument offering support for its premises by way of experimentation and concludes with its hypothesis either confirmed or denied. The scientist gives reasons for his conclusion!

Thirdly, the scientist must assume ethics are important. Much research today draws its conclusions not simply from its own findings but from prior research and publication. Falsifying data to arrive at the conclusion one wants is considered wrong. Even unintentional bias and flawed research methods can corrupt results. That's why there's a real concern that so much of what's being published in scientific journals is irreproducible.  Without assuming ethical standards of truth-telling and the importance of solid methodology, scientific endeavors would be a confusing mishmash of conflicting data, with everyone's opinion held as equally valuable.

Lastly, the scientist must assume that his or her own mind is reliable in reporting how the world works. This is a key component to the scientific process and it also poses the biggest problem in cutting God out of the picture. If your brain is the product of mutations whose only benefit to its host is that of survival, then why should you trust it? Survival is not the same thing as truth-telling. In fact, lying can make survival much easier in many circumstances. As long as survival is the outcome, it doesn't matter whether you believe you need to run from the tiger because you're in a race or because it may eat you. If you get away, the same result is achieved. So, if we evolved from some primate species, why trust our "monkey-brains" to tell us the truth? How could one argue that a mindless, random process would even act in an orderly way?

Going back to pour first point, one must assume some intentional ordering of universe in order to ground the assumption of a consistent universe. Christianity teaches that God is a consistent God. He would create his universe in such a way that it would be consistent as well. This gives us a reason to believe in the consistency of the universe, a reason which science cannot offer. Scientists certainly assume the universe is consistent in its laws, but they have no basis for doing so, other than that's what they've seen. But even our dreams have an air of consistency to them until we wake up. Then we realize how inconsistent they are. To assume

Secondly, in the assumption of logic, God also becomes the starting point. If God is the logos—that is Reason itself—then logic and reason are built into the universe as reflections of his nature. Logic works because God is a logical God and we, as rational creatures, bear his image. Thus, we can understand and use reason to discover truths about the created order.

Thirdly, morality must have its grounding in God. The concept of classifying things as right or classifying them as wrong is central to theology. One cannot have the absolute standards of right and wrong without appealing to a being who transcends all of creation. That is God.

Lastly, the fact that a God of reason created us with the capacity to reason gives us grounding for believing our capacity for reason itself. AS part of God's created order, we can experience it in meaningful ways.

Science is a wonderful tool that tells us much about a very small slice of reality: the natural world. But the world is much bigger than its mechanics. Logic, ethics, aesthetics, relationships, mathematics, abstract concepts, and spiritual realities also comprise our lives and our experiences. Not only can science not explain these things, it must assume them before it gets going. It cannot explain its own assumptions, and therefore shows its incapacity for being the proper starting point.