Should Christians Stop Saying They're Blessed by Material Increase?

Affluence is a funny thing, especially in the Christian west. Many times people when they realize that they have achieved more than most feel a bit guilty of that fact. Sometimes it plays out in the way a culture seeks to help the less fortunate, or how the race relations dynamic works, or even how we talk about wealth. 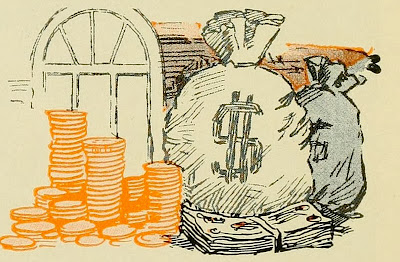 Much of this kind of angst has its origin in a Judeo-Christian worldview. The Bible tells us that we are not of this world (John 18:36) and we are sojourners on this earth (Psalm 119:19). We're given examples such as Abraham who lived in tents in the Promised Land, and we read of those in the early church who sacrificed by giving up their possessions and laying them at the Apostles' feet. Jesus' teachings seemed to show that the rich man was spiritually poor, building new barns while neglecting his soul (Luke 12:13-21) or the man who went away sad choosing not to give away his money to follow Jesus (Luke 18:23).

With all that, it is no surprise that an article is currently making the rounds on social media denouncing the Christian habit of speaking of material success by labeling it a blessing. In his Huffington Post article "The One Thing Christians Should Stop Saying," Scott Dannemiller argues that when Christians talk about some success in their lives they reflexively say they've been blessed. Dannemiller admits he's done it himself, but calls it "a lie." He says things like having a good year in business or buying a new car is not a blessing and he cries with urgency that "it has to stop!" He argues:


"First, when I say that my material fortune is the result of God's blessing, it reduces The Almighty to some sort of sky-bound, wish-granting fairy who spends his days randomly bestowing cars and cash upon his followers. I can't help but draw parallels to how I handed out M&M's to my own kids when they followed my directions and chose to poop in the toilet rather than in their pants. Sure, God wants us to continually seek His will, and it's for our own good. But positive reinforcement?"

Dannemiller goes on to write:


"The problem? Nowhere in scripture are we promised worldly ease in return for our pledge of faith. In fact, the most devout saints from the Bible usually died penniless, receiving a one-way ticket to prison or death by torture."

Dannemiller is simply wrong. As I pointed out above, there are many teachings that show how those who value their material possessions above spiritual realities are in sin. But to equate that concept to saying "I've been blessed to have success" is nowhere near accurate.  The Bible does in fact make that connection.  In Deuteronomy 28:1-8, when God was imploring the Israelites to follow Him he promises their faithfulness will lead to material blessing:

In order not to miss the point, God emphasizes that this blessing is monetary in nature just a few verses later: "The Lord will command the blessing on you in your barns and in all that you undertake. And he will bless you in the land that the Lord your God is giving you." Surely blessing in one's land and in one's livestock increase and in one's barns (you, know, those things that the rich man had to build because he was so rich?) would be clearly understood by an agrarian society.

But it isn't just in Deuteronomy that the theme is discussed. The psalmist equates the farmer's bountiful crops with blessing in Psalm 67. Even Satan complains to God that "You have blessed the work of his hands, and his possessions have increased in the land" in Job 1:10.

You may object at this point and say, "Those are only Old Testament passages. What about the New Covenant believers have in Christ?" Well, the concept is continued in the New Testament.
The problem isn't having material wealth, it is not putting it in its proper perspective. I know people who are not wealthy, but they still think of God as "some sort of sky-bound, wish-granting fairy." In fact, the reason prosperity-gospel preachers succeed is that their congregations, who aren't wealthy, want to be and believe such ilk. 1 Timothy 6:10 doesn't tell us that money is the root of all kinds of evil, but the love of money is. It's emphasis, not accumulation. That's why Proverbs 3:9-10 reads "Honor the Lord with your wealth and with the firstfruits of all your produce; then your barns will be filled with plenty, and your vats will be bursting with wine." If you understand that material blessing are truly from God, then you had better treat them as any good steward would: mange them well and hold them a loosely recognizing that they are on loan to you. But don't deny that it is God that truly works in the lives of men to bless whom He will.

Dannimiller's second point is that many impoverished Christians in poor nations would be offended by such an expression as "I've been blessed" for a raise or job promotion. I understand his angst, but this doesn't seem logical at all. If God is sovereign, then He will choose different blessings for different people, just as Paul when writing to the Romans told them that they could benefit from the poorer churches' spiritual growth while they could benefit from the Romans' material wealth. As someone in ministry who relies on donations to survive, I completely understand this point.

Throughout the article, Dannimiller seems to blur the difference between an average Christian and one who holds to the heretical prosperity doctrine, one that I highly repudiate. Of course, heresies are offensive, but is it more offensive for Christians to say "I did all this myself with only myself to thank" or "Thank God for blessing me with time, opportunity and the ability to achieve success"? I would call the first statement a lie well before I would so label the second one.

In the Sermon on the Mount, Jesus lists several ways people are called blessed. These truly are blessings, but Jesus never meant this to be an exhaustive list. For example, the gifts of the Spirit in 1 Corinthians 12/14 are also blessings. There are many other types of blessings noted in the Bible as well.  The point is to not condemn people simply because they have been successful or perhaps have more than you. The point is what are you doing with the blessing of material increase that God has provided for you?  Christians are not to try and force the so-called 1% to give their wealth to the poor. Jesus calls on each of us to allow God to bless us so that we may in turn put his blessings to work.
Posted by Lenny Esposito at 12:41 PM
Labels: money, prosperity gospel, social media, theology