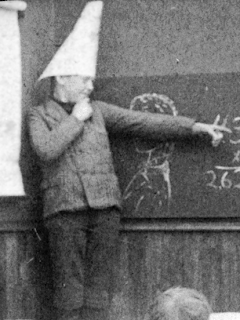 This morning, I talked with a friend of mine who teaches at a local Christian college. The students he instructs come from traditional evangelical homes, and the parents pay high tuition to send their kids to a school that will provide a solid, biblical framework during their higher education. But something still bothered him.

He had given his students the assignment of presenting an argument for some cultural topic or issue of the students' choice, and one of his brightest students chose to discuss the morality of embryonic stem-cell research. She read her paper in front of the class, arguing that the embryo is a human being; thus destroying an embryo for research is destroying a human being and is wrong. She provided reasons for her position and did well in supporting her view.

All of this sounds great, but what happened afterward has me deeply concerned. Because the students presented their papers orally, each student was to leave five minutes for questions and answers at the end of their presentations. When asked to clarify what she means when she said it was wrong, she responded, "Well, I mean it is wrong for me. I wouldn't fund any type of research like this but I couldn't impose my moral views on another person who may want to do so."

I've commented many times on why moral relativism fails as a true way to measure the rightness or wrongness of an action, but my bigger concern is this strange contradiction between the paper this student presented and her about-face during the Q&A. I mean, think about it: if moral claims are subjective and personal, then they don't need to be argued for or against. No one has to provide three reasons why they choose soup over salad for their dinner. We understand that these are subjective choices that cater to the taste of the individual, therefore supplying reasons to make such a choice is superfluous.

So, after all the effort this student put forth in defending her moral objection to the practice of embryonic stem cell research, she simply undercut her whole argument by saying that the case is only applicable to herself. Why would she do such a thing? I think it is because young Christians today compartmentalize their beliefs instead of integrating them. This particular student was very capable at doing the assignment given to her. She knew where to look for the "right" answers to the question she was engaging, and she knew how to create an argument to support her views. She may have even been taught this position in her church youth group, but she didn't really understand it because she didn't really know was right and wrong means.

If this student had truly understood that moral values and duties must be prescriptive, that is people should conform to them, she wouldn't have relativized her response. If the issue was, say, requiring a one race to drink out of a separate water fountain from another, I don't think she would say, "Well, that's wrong for me personally, but I wouldn't want to push my views on other people." No, such a requirement should be rightly condemned and anyone seeking to segregate in such a way should be punished. That means we would force our moral point of view on the segregationist, telling them that they must conform to the proper action. It doesn't matter regardless of what that segregationist believes.

All of this leads me to three points that Christian leaders, and especially leaders of young people, need to be sensitive to if we're going to make a difference in the lives of our students and in our culture:
As an apologist, I'm keenly aware that I can assume nothing when talking with people, even those who identify themselves as Christians. I cannot provide "how to answer this" type information without first establishing why such issues matter, why morality is binding, and why Jesus sought to remove their hearts of stone and replace them with hearts of flesh for those with whom He engaged. Without laying a proper foundation, all the apologetics in the world will be nothing more than an academic exercise.
Posted by Lenny Esposito at 12:37 PM
Labels: apologetics, Christian living, culture, education, moral relativism, students, worldview