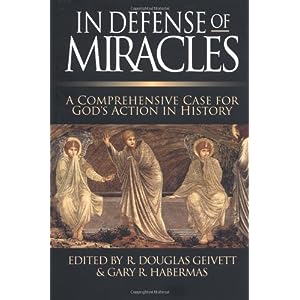 While many discussions with online skeptics won't reach the level of sophistication of these articles, it is important that Christian apologists learn Hume's objection and the appropriate refutation of his arguments.  Hume continues to be a profound influence on atheists and skeptics. In Defense of Miracles is one book that covers the bases on the reasonableness of the resurrection and belief in a God who gets personally involved in His creation.
Posted by Lenny Esposito at 9:57 AM
Labels: apologetics, atheism, Hume, miracles, resurrection, skeptics, Top Ten Neglected Books for Apologists, training