How to Use Questions to Help Defend Your Faith 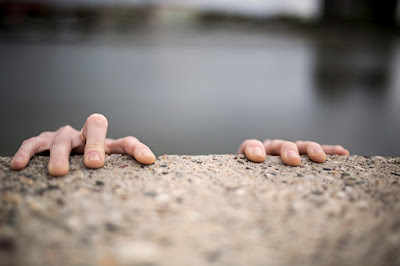 In our post-Christian culture, it's becoming more and more common for believers to have their faith questioned. I have many students come up to me and ask how they can better defend their beliefs when challenged. You may have had such an experience. Or, perhaps you don't have a lot of people who challenge your faith specifically, but they hold to a particular belief that runs contrary to traditional mores and you'd like to be more effective at communicating your views to them. Here are two steps to help you do just that.

I've previously explained how when engaging in "God conversations", one should take up what I call the second grade class photo approach. Let's suppose you've done so and the person with whom you're speaking says something to the effect that he or she only believes in what can be tested. Science is really all we can know. You may ask "What brought you to such a conclusion?" and received a response of "It has a proven track record!" Do you stop there? What's next?

The person above gave an answer to your question, but it was pretty broad. In fact, when you think about it, it doesn't make much sense at all. First science is a pretty big category. Still, "science" is wrong all the time. A fifty year old textbook on any field in the sciences will be filled with errors that were assumed to be true. Add to this the fact that there are a whole range of things we can know that science cannot begin to explain, such as if a person is in love or what experiencing the color yellow is like. Lastly, saying something like "science is the only thing we can know to be true" is itself a claim about the truth. Yet, it isn't based on any science, so if the statement is true, it's false.

Of course, this is only one illustration. The conversation could go many different ways, but it does serve to underscore a point. You will find many times people do not have a well-developed reason for a lot of the things they hold. They've come to believe things because they've heard it from others, they take positions that are advantageous to themselves without thinking through all the ramifications, or they are simply comfortable and don't like change.

That's why asking specific questions in response is a great technique to use. You want to think about questions or conditions that they would hold but would also show the problem in their current beliefs themselves. In our example above, one could say "Boy, science is a big area. Which branch of science are you talking about? Do all branches of science have the same track record for being right?" You could also ask "How do you know that science is the only thing we can know to be true? What did you do to find out that piece of truth?"

Here's another tack: ask "How does science prove that all people considered equal? When I use scientific methods to test for intelligence, strength, stamina, or even biological functions, I see great disparities between individuals. Some people are physically disabled and some are mentally handicapped. How then does science tell us they're equal?" Or how about this one: "If evolution is about survival of the fittest, then shouldn't we sterilize the most stupid and lazy among us?" That isn't a far-fetched question; scientists came to this same conclusion in the early 20th century in the U.S. and Britain, spawning the eugenics movement. The last forced sterilization in the U.S. occurred in 1981.And even the U.S. Supreme Court upheld forced sterilizations on the grounds that some people may produce "degenerate offspring."

So, ask questions and try to get details for the beliefs your challenger holds. Identify the fuzzy points in their argument. it will help you as the conversation advances and helps them to see they may not have any good reasons for the things they believe.
Posted by Lenny Esposito at 4:39 PM No comments:
Labels: apologetics, conversations, quick tips, witnessing 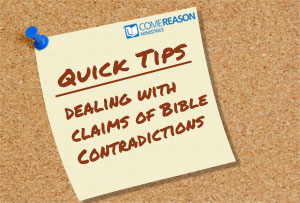