A surprising trend among a segment of young Evangelicals is their conversion to Eastern Orthodoxy. Orthodoxy is probably one of the most misunderstood divisions within Christianity. This class will compare and contrast the beliefs of Christian Evangelicalism with Eastern Orthodoxy, as well as provide you with ways to defend your Evangelical convictions when discussing the Bible with an Orthodox friend.

If you haven't yet subscribed to the podcast, you can do so via iTunes or by RSS.
Posted by Lenny Esposito at 12:45 PM No comments:
Labels: beliefs, Catholicism, Christianity, icons, religion

Last week, I had the pleasure of attending the Annual Meeting of the Evangelical Theological Society along with its sister organization, the Evangelical Philosophical Society. These gatherings are a highlight for me, as I get to see old friends and hear academics present on a wide variety of cutting edge research into issues of Christian theology and philosophy. 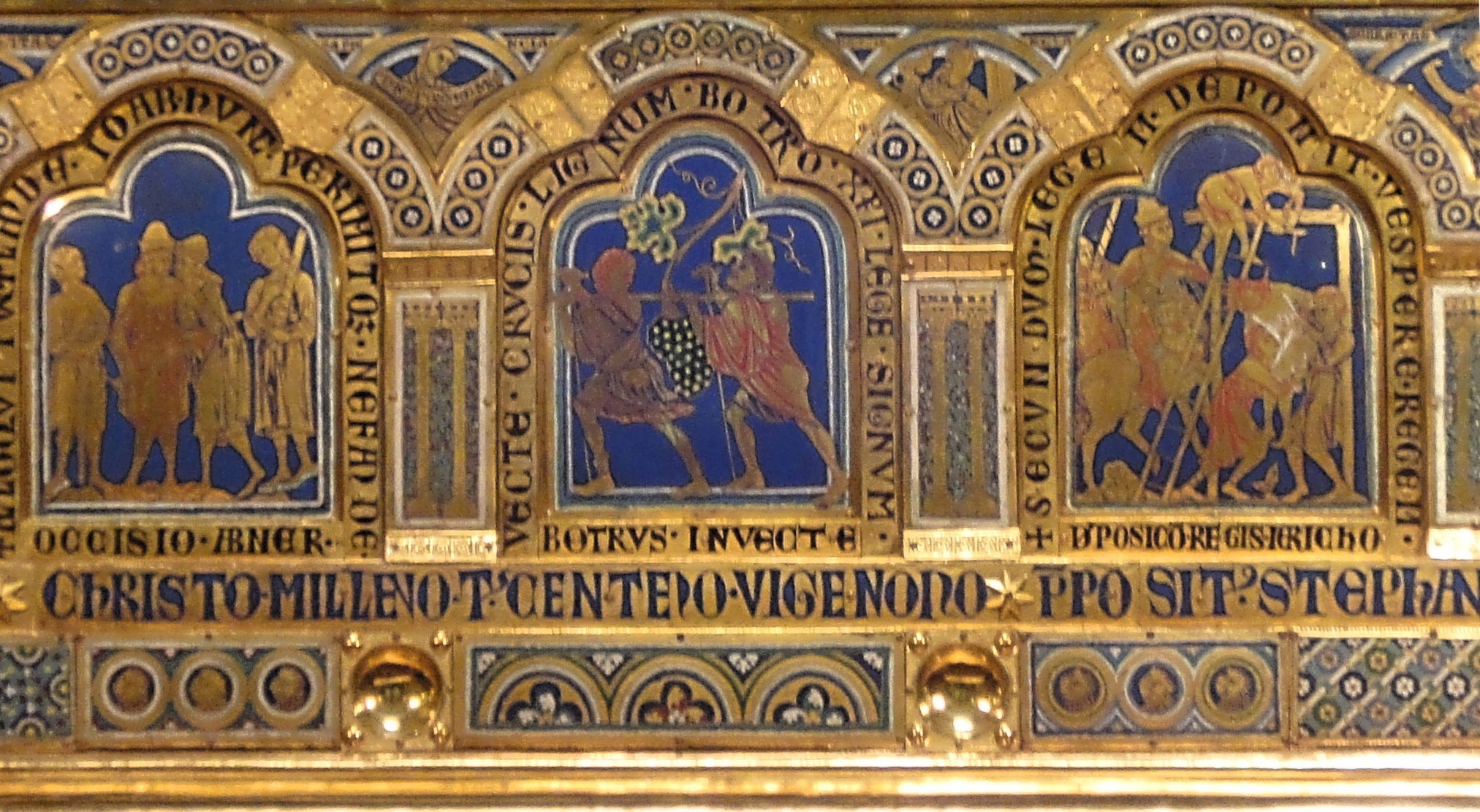 The very first paper I attended was delivered by Dr. Fred Sanders, a systematic theologian from Biola University, who gave a very interesting talk entitled "Icons and the Gospel: Ancient Images & Modern Evangelicals." The use of icons in the church will immediately bring Roman Catholicism and Eastern Orthodoxy to mind, but Sanders noted that the study of iconography can be of great benefit, even to those in the Protestant tradition.

Sanders began his paper by briefly stating some things iconography cannot do. Icons are not divine revelation and cannot be used authoritatively, as scripture can. Iconography doesn't somehow facilitate a connection between the viewer and a divine presence. In fact, we are warned more often in the scriptures to NOT rely on images as a way of facilitating our connection to God.

With that being said, here are three points that Sanders offered where a study of Christian iconography can benefit the body of Christ.

One thing I've learned in my study of apologetics is that there is nothing new under the sun. Arguments that many atheists today offer have not only been answered previously, but they have been answered some 1600 years ago! Church fathers like Augustine, Tertullian, and Origen all provided great apologetics and theological insight to problems with which we still struggle. That's why reading the Church fathers is important; you don't need to reinvent the wheel, but simply understand their insights.

Similarly, icons are simply visual representations—not of Biblical stories, but of theological insights applied to those stories. In an illiterate culture, they provided an important teaching tool and way of remembering important doctrine. Of icons, Sanders said, "The actual content of this tradition is a rich source of theological commentary on the gospels, and it is profitable for instruction." He went on to demonstrate how typology in Christian iconography is most commonly used and gave several examples of different biblical stories that tied together in a common theological understanding., such as Jesus' entombment flanked by Joseph's brothers throwing him in a well and Jonah being tossed to the great fish.


2. Understand The Development of Theological Ideas

Just as the cartoons that are produced in the Op-Ed pages of a newspaper summarize a particular issue or viewpoint in our culture, so the images produced by the early church provide a very detailed and informative glimpse into the understanding and development of theological thought in Christian history. Sanders noted that early art in the Church was much like Roman pagan art, but as Christian theology became more robust, the accompanying art became distinct and unique. Sanders said that the "new tradition created a totally new system" of artwork and techniques.

Lastly, the wealth of imagery we have in the form of Christian iconography and the fact that they serve as an additional set of commentaries on the Scripture can help us today in seeing insights that we may have forgotten. The principles followed by those artists can also protect us from making certain theological mistakes, too. While Sanders didn't delve too deeply into this third point, it intrigues me and I would like to dig deeper into how those that commissioned the works gave guidance to the artists to make sure their houses of worship weren't adorned with very expensive heresy!

To hear Sanders' paper in its entirety, along with the accompanying images, you may purchase the audio here, and view the presentation slides here.
Posted by Lenny Esposito at 1:57 PM No comments:
Labels: Christianity, Fred Sanders, history, icons, theology
Older Posts Home
Subscribe to: Posts (Atom)