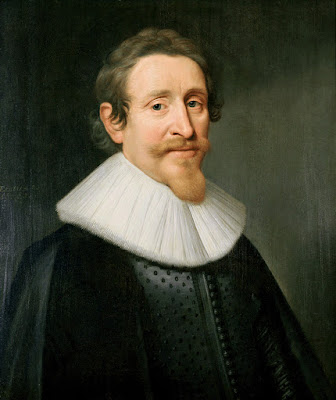 Hugo Grotius was by all accounts a brilliant mind. The 17th century philosopher, legal scholar, and political theorist who helped shape international law and concepts of the natural law referenced in philosophy.1 His Truth of the Christian Religion in Six Books demonstrated his keen skill in Christian apologetics as well.

Grotius begins his apologetic by demonstrating that one must believe there is a God. He argues from the concept of God as an Uncaused Cause, most likely influenced from Aquinas. He also argues that all human civilizations have held to some kind of creator to explain the existence of all other things. Thus, Grotius minimally defines God as the source of creation. From there, he moves to the fact that God must be a single deity. He writes:


Having proved the existence of the Deity, we come next to his attributes: the first whereof is, that there can be no more Gods than one; which may be gathered from hence; because, as was before said, God exists necessarily, or is self-existent. Now that which is necessary, or self-existent, cannot be considered as of any kind or species of beings, but as actually existing, and is therefore a single being; for, if you imagine many Gods, you will see that necessary existence belongs to none of them; nor can there be any reason why two should rather be believed than three, or ten than five: beside, the abundance of particular things of the same kind proceeds from the fruitfulness of the cause, in proportion to which more or less is produced; but God has no cause, or original. Further, particular different things are endued with peculiar properties, by which they are distinguished from each other; which do not belong to God, who is a necessary being. Neither do we find any signs of many Gods; for this whole universe makes but one world, in which there is but one thing that far exceeds the rest in beauty, viz. the sun: and in every man there is but one thing that governs, that is, the mind: moreover, if there could be two or more Gods, free agents, acting according to their own wills, they might will contrary to each other; and so one be hindered by the other front effecting his design; now, a possibility of being hindered is inconsistent with the notion of God.2

Just as I explained in a previous post, the concept of multiple gods really makes no sense. In this short paragraph, Grotius demonstrates how only monotheistic faiths are logically coherent. Thus a person is seeking to weigh all faiths in order to find the one true faith, eliminating all but monotheistic faiths quickly disposes of the vast majority of religions held throughout the ages.